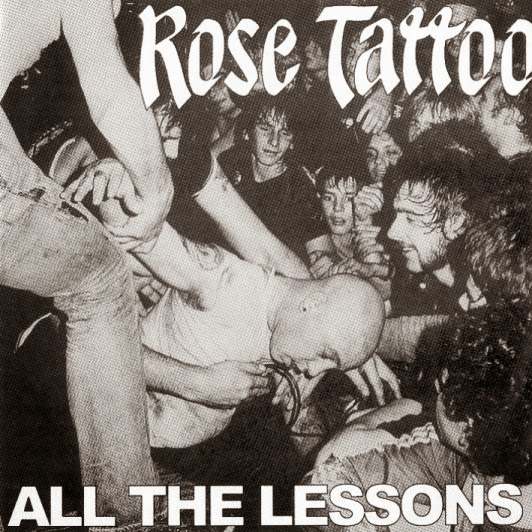 Rose Tattoo was formed in Sydney in 1976 with Leigh Johnston on rhythm guitar, Tony Lake on lead vocals and were led by slide guitarist Peter Wells—who had just departed as bass guitarist of heavy metal band Buffalo. Drummer Michael Vandersluys completed the line-up. Ian Rilen from Band of Light joined on bass guitar. He had taught himself to play while in prison and gave Wells' band the street-cred he was looking for. Rhythm guitarist Mick Cocks soon replaced Johnston; Lake and Vandersluys were substituted by former Buster Brown members Angry Anderson and Dallas "Digger" Royall respectively. Melbourne-based Buster Brown had enjoyed local notoriety, playing at the 1974 Sunbury Festival and had included future AC/DC drummer Phil Rudd. Rose Tattoo made their public debut on New Year's Eve at the rock club Chequers. 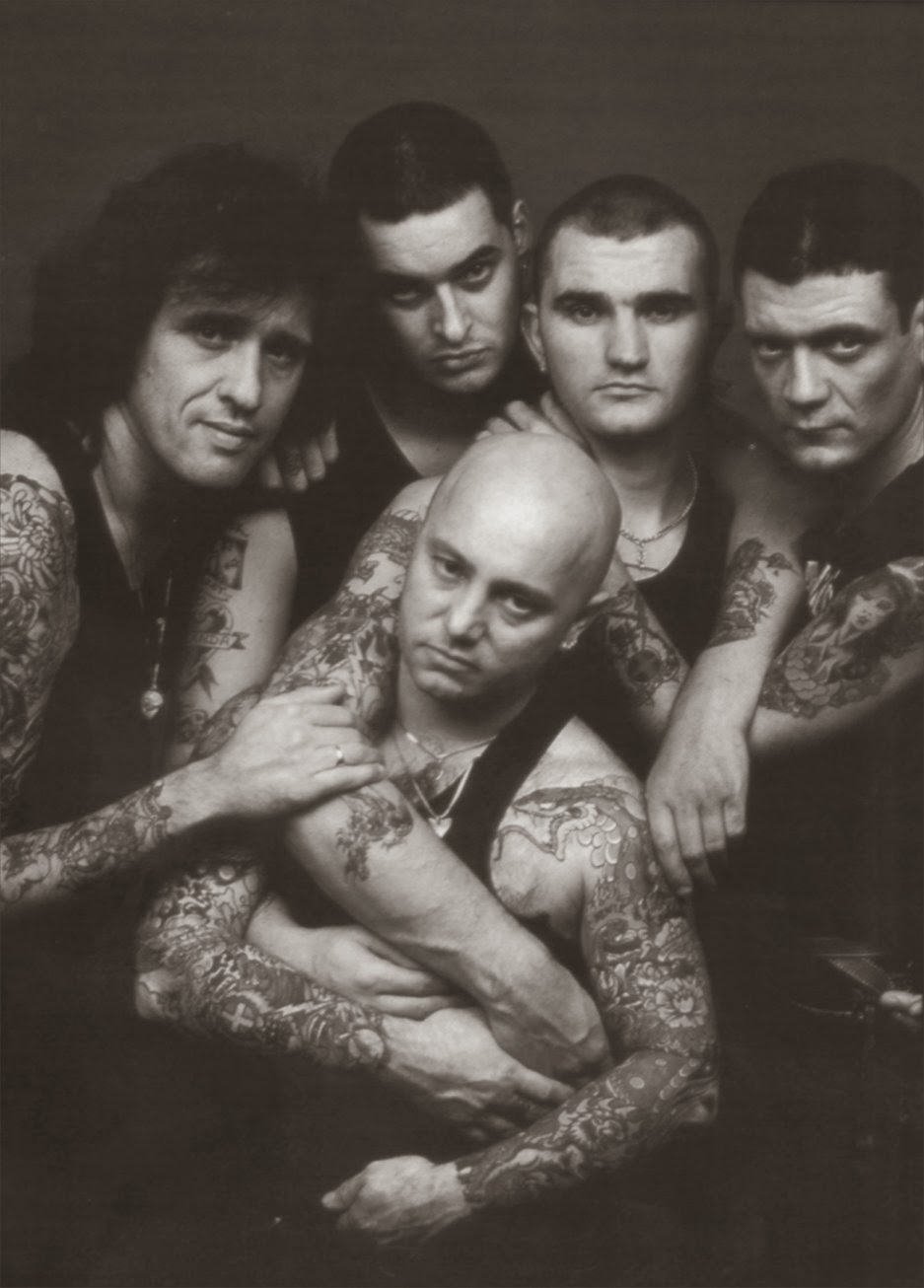 Chiefly inspired by The Rolling Stones, Faces and Billy Thorpe and his 1970s Aztecs, Rose Tattoo's hard-rocking sound quickly earned a devoted following in the Sydney area. Members of AC/DC were fans and recommended them to their label, Albert Productions.

Early in 1981, "Rock N' Roll Outlaw" started to chart in Europe, peaking at No. 2 in France, No. 5 in Germany and No. 60 in UK. The line up of Anderson, Cocks, Leach, Royall and Wells toured Europe from April. Three years after their debut the band issued the follow-up album, Assault and Battery in September, which reached the top 30 in Australia. Both Rock N' Roll Outlaw and Assault and Battery peaked at No. 1 on the UK heavy metal albums chart.

Rose Tattoo's 1981 tour of Europe included an appearance at the Reading Festival, where Anderson repeatedly head butted the amp stacks until his scalp started bleeding.They were hailed as the loudest band to play London's Marquee Club since Led Zeppelin [extract from wikipedia].
.
Live At The Reading Festival 1981
Rose Tattoo played all venues during the 1981 tour of England, from small town pubs to the major stadiums. Their approach to the bigger venues was laid back. They didn't set off rockets, or use huge special effects. They just played like they were playing in a pub...a small group making a loud noise. There were always a few theatrics, but for the most part, the band just went out there and played.
The biggest gig the band ever did was the Reading Festival, in front of a huge crowd. Reading is part of a tradition in Britain, the biggest outdoor rock festival of the year. Rose Tattoo was about the middle of the line-up, but there was no doubt that, on the day, they made the biggest impact. It was one of those days where Angry walked on to the stage, but was carried off. 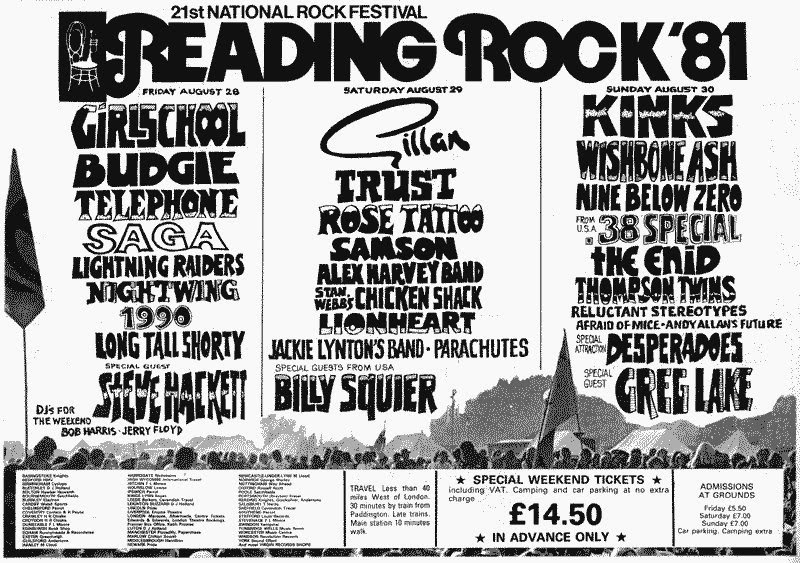 As he says, "It was a great day. Reading is like The Marquee. I mean there's history attached to it. I remember walking on the stage. It was amazing. It was huge, the biggest crowd we'd ever played to. You could just see people going on forever. I mean the band were fantastic that day. We played really well...really well."

In England, Angry had a thing going with the crowds that he could drink a bottle of vodka every performance. He couldn't, but he always gave it his best shot. It just became part of the show, a sort of sight gag. Angry would begin each gig with a full bottle on stage for himself, plus all the beers for the rest of the band. During the show he'd pour drinks for the boys, and toast the crowd with his vodka. After a while the British crowds turned it into a regular challenge. Toward the end of the band's set, they'd start calling for Angry to drink up and finish whatever was left in the bottle. "Skol, skol, skol" they'd yell. As the band was only on stage for just over an hour at most gigs, it was a big call. They'd want the bottle finished every time.
At the Reading gig, Angry had been drinking even more than usual, and he was way past his limits before the challenge even began. The combination of the alcohol and the adrenalin was potent. In the latter half of the band's set on stage, Angry was obviously feeling really extravagant, and in one passionate moment, head butted Pete's guitar amplifier stack. Although Angry did a lot of head butting in those days, this time, he hit his head even harder than usual. He dropped to the floor, virtually unconscious, covered in blood, and had to be carried offstage by roadies.
. 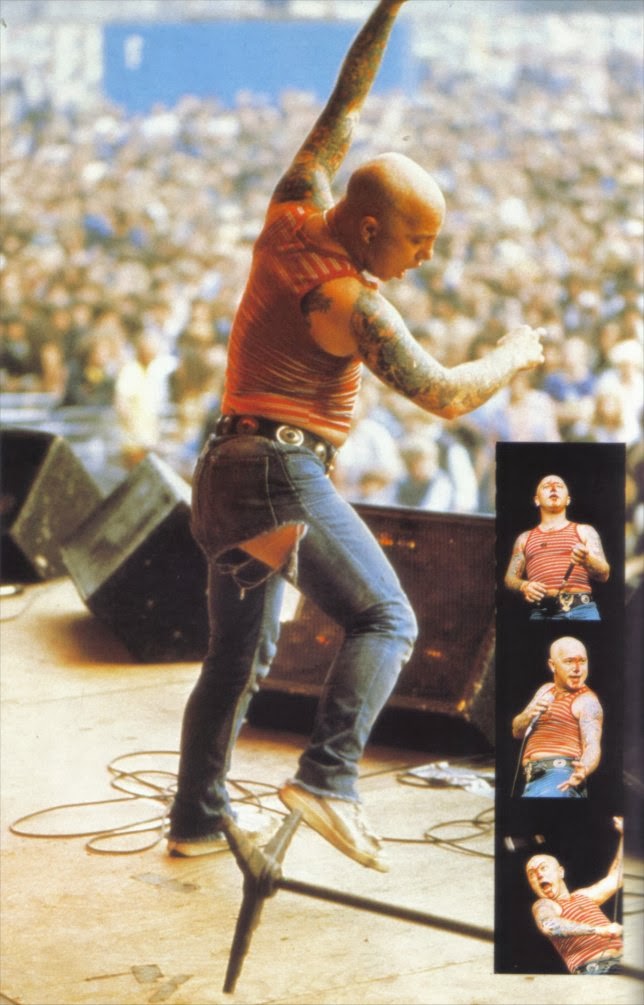 He was mindless and reckless, too drunk and too high. But even now, you can see as he talks about it, that although it may not have been one of his proudest moments, it certainly was one of his most memorable. The image is unforgettable, Angry in the arms of the roadies, bloody, sweaty, tragic, in front of a sea of screaming fans. It's the kind of image that makes you realise he's serious when he says, "You feed off the crowd. The commitment is so great that sometimes you just want to die for them. Not in the true sense, but you know what I mean. You just want to give that much."
The next day Angry was infuriated when some rock writers reported that he'd been "bottled off stage". It was the suggestion that there were some fans there unhappy enough to do that which bothered him most. He tracked down the journos involved, and found out that they'd never even left the media tent, where they were too busy drinking the free booze to figure out what happened.
But, at the end of the day, it was Rose Tattoo's Reading. They stole the whole show. Angry can't help smiling when he thinks of it.
"It was huge..I mean we could have walked on their hands. It was our gig. The crowd were ours. Even kids years later would say, 'I was there at Reading. I saw you.' We walked out on stage and the place went just nuts...I mean really nuts. It was goose bump territory. No, bigger than that. It was goosebump on goosebump on goosebump territory."
[extract from Angry: Scarred For Life, Ironbark Publication, by Karen Dewey, 1994. p127,129]

This post consists of a soundboard / FM radio recording in MP3 (320kps) format and includes full album artwork and choice photos of the Tatts Reading Festival gig. The sound quality of this bootleg is brilliant and features many of their major hits. This bootleg is not to be missed.
. 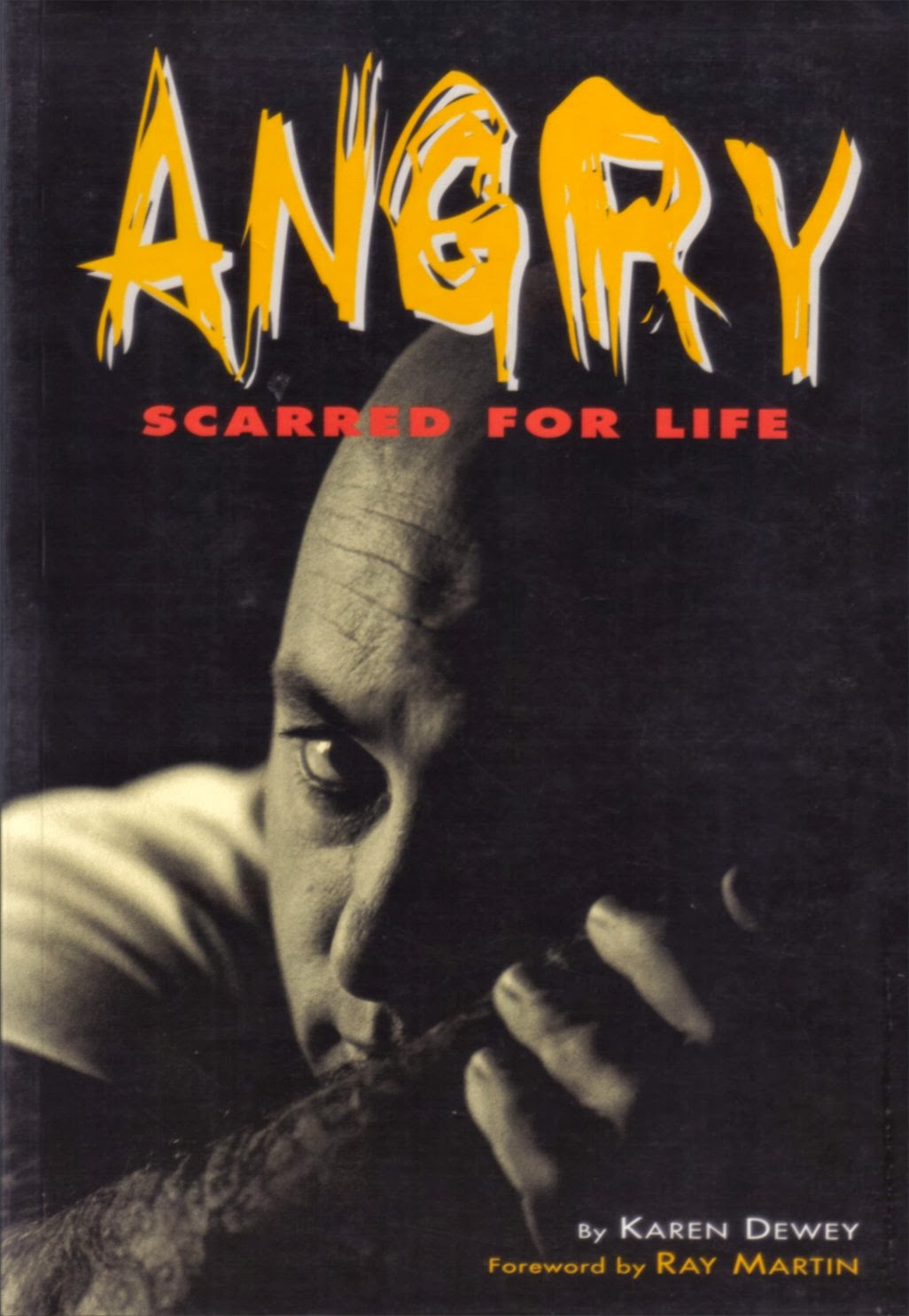