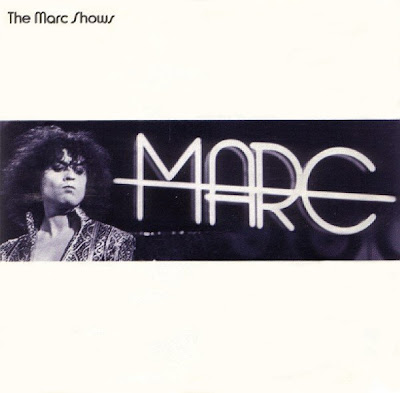 Marc Bolan was an English singer-songwriter, guitarist and poet. He is best known as the founder, frontman, lead singer & guitarist for T. Rex, but also a successful solo artist. His music, as well as his highly original sense of style and extraordinary stage presence, helped create the glam rock era which made him one of the most recognisable stars in British rock music [extract from wikipedia]
In the summer of 1977 Granada TV announced a coup... Marc Bolan the first Glam Rock hero of the seventies was to host a new look series of six shows. Each show was to go out at 4.45 on a Wednesday afternoon and would feature many new, up and coming bands as well as songs from the host with his own band T.Rex. Established artists also played on the Marc Shows, in particular David Bowie and captured in this rare YouTube Clip
.
This announcement was met with some skepticism as 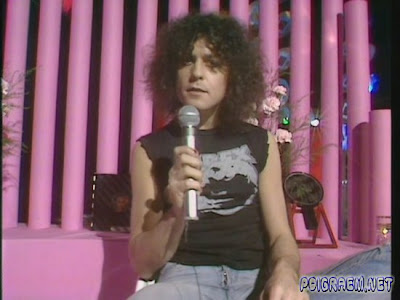 the general appeal of Marc Bolan was no longer in the view of some critics of any worth and after all the hits of 1971 & 1972 were no more. In actual fact between the years of 1970 and 1976 Marc Bolan appeared in the Top 30 every year and had he not lost his life would surely have been in the charts again in 1977.
arc Bolan did appeal to a whole new generation of fans he had very shrewdly taken a new up and coming punk bank on his 'Dandy In The Underworld' tour and he won the hearts and souls of many for doing so.
This compilation is special as it features songs that Marc never got the chance to take into the studios and record properly to feature on a new album. This compilation also gives a new dimension to some of the classics as well as featuring a great live version of 'Dandy In The Underworld'.
This album relies on the raw and sometimes thin backing associated with TV sound tracks of the seventies but this simply adds to the magical performances of the man so many of us loved then and still do now all these years ago [extract from linear notes on cassette tape]
. 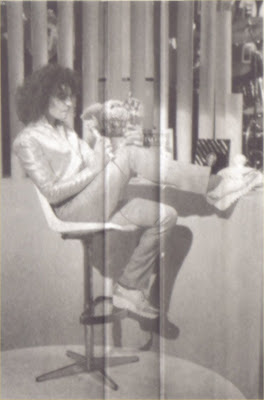 Review (by Dave Thompson)
For fans of a certain age, there is something impossibly magic about the Marc TV series. No matter that it was the last work Marc Bolan did before his death in September 1977; Marc was also incontrovertible evidence that, after three years of increasingly diminishing returns, Bolan was on his way back up. The new material that he debuted throughout the show's run was seldom less than excellent, while his taste in guests mixed the expected old farts and hopeful unknowns with the very best of the then-emergent new wave, and there was no doubting which side Bolan identified with. Evidence of this new outlook on music has since been spread across any number of 1976-1977 era demo and outtake collections. But Marc was its first public appearance, and when the Marc Shows album first arrived in the late '80s, fans seized upon it as though it were the Holy Grail -- which, in many ways, it was. Songs like "Sing Me a Song," "Endless Sleep," and his final 45, "Celebrate Summer," fizz with energies Bolan had not approached since the height of T. Rexstacy in 1972, 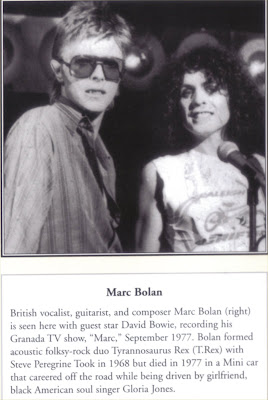 while his approach to older material caught him fearlessly rearranging it to tie in, too, with his new energies. Had he not died that fall, who can say what he would have achieved? The Marc Shows is not perfect; the final show in the series found Bolan joined by David Bowie, with whom he played out the show's closing credits. That contribution is absent from this collection, and while it must be admitted that it sounds a lot better in memory than it does in reality, the omission rankles. As a snapshot of Bolan reemerging as a genuinely worthwhile force, however, this album is priceless.
.
This post consists of a mp3 rip (320kps) taken from my cassette tape of the Marc Shows which plays faultlessly. Some artwork is included, including cassette cover scans. This live recordings features two distinctly different versions of "Dandy In The Underworld" along with some other classic T.Rex tracks such as "I Love To Boogie", "Jeepster", "Hot Love" and "Get It On".
The only disappointment is that there is no dialogue by Bolan between tracks, which would have helped capture the full atmosphere of the recordings.
.
Track Listing01 - Sing Me A Song (3:17) 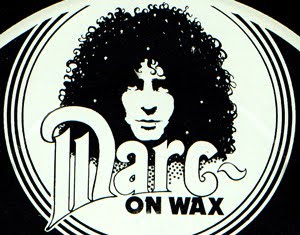