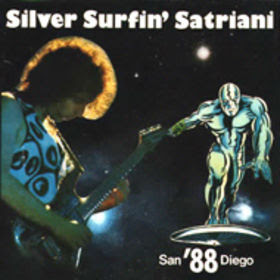 Along with teaching some of the top rock guitar players of the '80s and '90s, Joe Satriani is one of the most technically accomplished and widely respected guitarists to emerge in recent times.
Satriani was inspired to play guitar at age fourteen soon after learning of the death of Jimi Hendrix. He has been said to have heard the news during a football training session, where he confronted his coach and announced that he was quitting to become a guitarist. Quickly learning the instrument, Satriani began teaching guitar to others and found a kindred spirit in one of his students, Steve Vai. By the late '70s, however, Satriani had relocated to Berkeley, CA. With his sights set on his own musical career, "Satch" kept teaching others, including such future rock notables as Kirk Hammett (Metallica), Larry LaLonde (Primus), David Bryson (Counting Crows), and jazz fusion player Charlie Hunter. 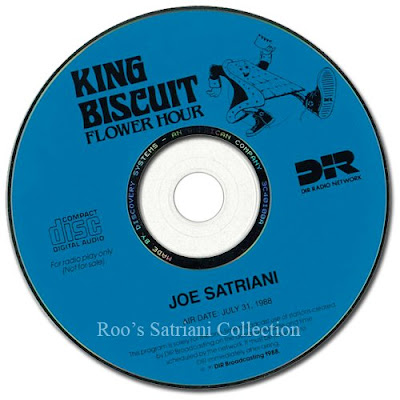 .
In the early '80s, Satriani got a gig playing guitar with power popster Greg Kihn, doing some session work and touring with the group (an archival release recorded around this time, King Biscuit Flower Hour, was later issued in 1996), and issuing his own solo self-titled EP in 1984, financing and releasing the project entirely on his own. But when Vai hit the big time as the guitarist of David Lee Roth's solo band in 1986, he offered praise for his good friend and former teacher in several major guitar publications, leading to widespread interest in Satriani's playing. The timing couldn't have been more perfect for Satch, as he'd just issued his first full-length solo album, Not of This Earth, which automatically made ripples in the rock guitar community.
. 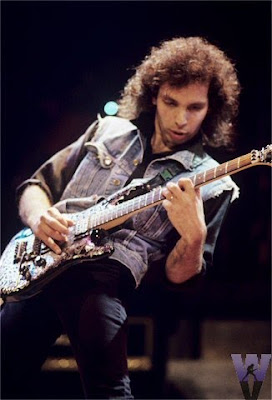 But the best was still to come, in the form of his sophomore release, 1987's Surfing with the Alien. Almost overnight, Satriani was widely regarded as one of rock's top guitarists, as the album earned gold certification and the guitarist would finish at the top of guitar magazine polls for years afterward. He was even handpicked by Mick Jagger to accompany the famous singer on a tour of Australia and Japan around this time. A stopgap EP, Dreaming 11, combed both studio and live tracks and was issued a year later, and in 1989, Satriani issued his third solo full-length, Flying in a Blue Dream. Another sizeable hit, the album also marked Satch's debut as a vocalist on several tracks.
.
King Biscuit Flower Hour (Rare 1988 US promo-only 8-track radio show CD, first broadcast on 7/31/88 - recorded at The California Theatre in San Diego) also released on vinyl under the title 'Silver Surfin' Satriani' by Red Robin Records; features great live versions of Circles & Surfing With The Alien, with card cue sheet in back of CD case.
This bootleg is one of the best live performances I have heard from Satriani and indeed matches any of his official live releases. The quality of the recording is excellent and the track listing features all his earlier hits including "Hordes of Locust" (my favourite) and of course his classic "Sufin' With The Alien". In fact, Satriani makes reference to the multitude of audience members who had brought along their surfboards to the concert - a sight that must have been quite extraordinary to see.

Ripped to MP3 (320kps), the quality of this Soundboard recording is exceptional and typical of all KBFH recordings.  The only shortcoming is the limited artwork associated with this bootleg release but don't let this put you off - have a listen - I'm sure you will be blown away with this 'brillant' performance by one of the best axemen in the business. 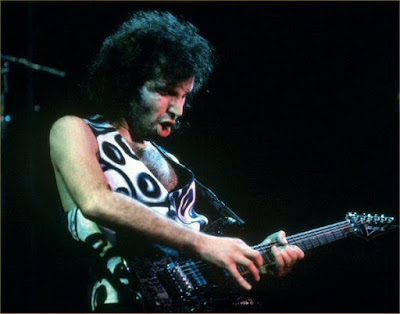