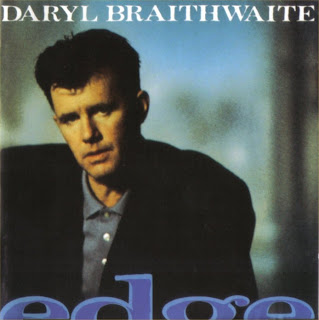 Daryl Braithwaite's initial success as a singer came with Sherbet, a band which forever remains in the history books of Australian music. Throughout the 70's, Sherbet produced 20 national Top 40 singles and were the first Australian band to top the one million dollar mark in album sales in the country with a total of 15 albums and 30 singles to the credit with songs like "Summer Love" becoming the highest selling single of 1975. And, "Howzat" not only a #1 hit in Australia, but also achieved #2 in England.
However, while singing for Sherbet, Daryl decided to pursue a solo career and in 1973 he played the lead role in the Australian production of the rock opera Tommy. The following year, amidst unfounded rumours that he would soon be leaving Sherbet, Braithwaite began his official solo career with a cover of the ballad "You're My World", which went to #1 in Australia.
More hits followed throughout the 1970s, including a cover of The Small Faces' "Afterglow (Of Your Love)". An infrequent songwriter, Braithwaite's solo career has been dominated by cover songs. Curiously for the 'album rock' era, Braithwaite's solo recordings from 1974-78 appeared only on 7-inch singles. A 'best of' solo LP was compiled in 1978, but Braithwaite's first original full-length album as a 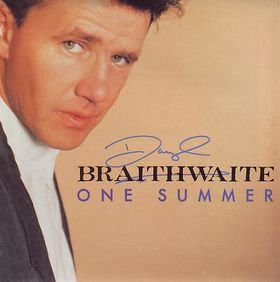 solo artist (Out On The Fringe) didn't appear until 1979, during a time when Sherbet had briefly broken up. He was crowned Australia's King of Pop by TV Week over three consecutive years from 1975 to 1977.
By 1980, the members of Sherbet were back together and had renamed themselves The Sherbs. At this point, Braithwaite put his solo career on hold to concentrate on work with his bandmates. However, The Sherbs had only a very few minor hits and broke up in 1984. For a period of time after the break-up, Braithwaite played regular gigs, but as of 1987, he had left the music industry and was working as a builder of footpaths for less than 200 Australian dollars a week.
Following the success of Sherbet, Daryl returned to the Australian music scene in a very big way as a solo performer in 1988 with the release of the phenomenally successful album "Edge" which spent well over a year in the national charts. Edge spawned four hit singles with "As The Days Go By", "All I Do", "Let Me Be", and the gold single "One Summer". The album itself topped the ARIA charts in 1989 and became the highest selling CD in CBS Australia's history. During this period, Daryl toured extensively not only in Australia, but also in Canada, USA, UK and Europe adding the to incredible sales figures for 'Edge'. 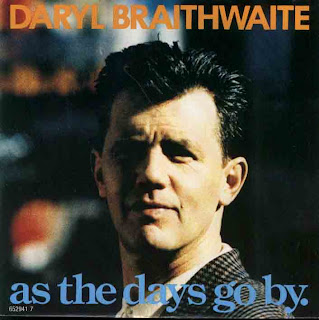 Braithwaite went on to have a number of solo hits in the early 1990s, including the Australian #1 "The Horses", a cover of a Rickie Lee Jones recording written by Jones and Walter Becker. He also made his first US chart appearance as a solo artist at #47 with the 1991 single "Higher than Hope", a song he co-wrote with Simon Hussey. By the end of 1991, Braithwaite's 'Rise' album had become Australia's biggest selling CD of the year, and 'Edge' had become the best selling album ever released by Sony Music Australia to that time.
Daryl continues to record and tour today and is fondly remembered as a mainstay of Countdown. The friendly rivalry between Daryl and Shirley Strachan on the Countdown set still stirs emotions today. Sherbet or Skyhooks? You choose!
In 2006 the boys from Sherbet returned to the stage to blow away audiences in the Countdown Spectacular Tour. [extracts from wikipedia and Daryl's webiste)
.