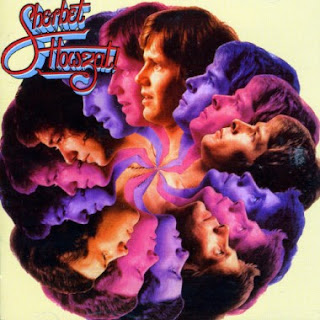 Between 1971 and 1978, Sherbet released 15 albums and 30 singles. Among these were Australian pop classics such as "You've Got The Gun", "Slipstream", "Howzat, "Life", and "Summer Love". Their earlier singles and albums were produced by Festival house producer Richard Batchens, but in 1975, with Batchens increasingly concentrating on Richard Clapton, Sherbet's production was taken on by Richard Lush, the former Abbey Rd alumnus and engineer on many of the The Beatles' later recordings, including the Sgt Pepper's LP. Braithwaite also branched out with a solo career, releasing several singles under his own name -- "Old Sid", "Love Has No Pride", "Afterglow" (a cover of the Small Faces classic) and his solo No.1 hit version of the Cilla Black hit "You're My World". 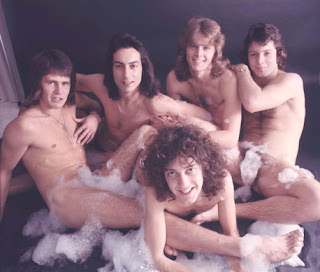 One of the most celebrated images of the band was created in at the height of their fame in 1974, when the group posed nude -- although discreetly draped in detergent suds -- for a series of photos by renowned photographer Lewis Morley for a feature on the group in the magazine Pol, published in October/November 1974. From 1974, lead singer Braithwaite also maintained an active solo career alongside Sherbet, with Sherbet members often playing on Braithwaite's solo singles.
.
Beginning in 1975, Sherbet's records were produced by Richard Lush who had begun his career in the UK as a trainee engineer at EMI's Abbey Road Studios, where he helped to engineer a number of Beatles' recordings including Sgt. Pepper's Lonely Hearts Club Band. Porter also began to take an occasional lead vocal on Sherbet singles. His vocals can be heard on "Hollywood Dreaming" and "A Matter of Time".
The high point for Sherbet came in 1976, with the release of their hit single "Howzat". Ironically, this breakthrough came hot on the heels of press predictions that Sherbet's demise was imminent. Just prior to recording the new single and album, founder member Clive Shakespeare left the band.
Shakespeare was finding the growing pressure less and less easy to bear and by 1976 he had decided it was time to quit: Shakespeare was eventually replaced Harvey James (ex Ariel).
The inclusion of Harvey into the band saw their music move towards a heavier feel than anything previously released, and he adds some great guitar licks to nearly every track on the album. 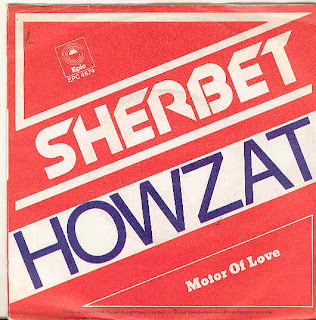 Around this same time, bassist Tony Mitchell stepped up to join Porter as Sherbet's new main songwriting team. The Porter/Mitchell duo was responsible for penning "Howzat" (1976), the band's only international hit, and a song which was inspired by the sport of cricket. The song's success lead to an extensive international tour in 1976-77. "Howzat" went to #1 in Australia, and was a Top 10 hit through most of Europe, South Africa, several Asian nations and parts of the Middle East -- but it failed to reach the American Top 40, stopping at #61 in the Billboard Hot 100. As well, while the Howzat album also made #1 in Australia, it failed to chart in the U.S. altogether.
.
For those of you who enjoy a little trivia, you might be interested to know that Sherbet and their hit single "Howzat" were acknowledged by Australia Post in 1998.
Sherbet, AC/DC and the Easybeats were among 12 Australian bands to feature on a set of stamps issued by the Australian post office in 1998. The set of 12 stamps were issued on the 26th May and were withdrawn on the 30th October 1998. The stamps were issued to celebrate the contribution that Australian has made to the Rock and Pop world from the 50's to mid 70's.
.
The rip for this posting includes 320kps mp3 taken from CD and contains both CD and LP artwork. As a bonus, I have included a live version of "Howzat' which was released on the B Side of their 1984 'Tonight Will Last Forever' 12" single, however, as credits are given to Richard Lush for producing this live track, I suspect the recording was actually made in the late 70's. (thanks to Deutros at Midoztouch for this track)
.
Track Listing
01 - Howzat
02 - Lady Of The Night
03 - Gimme Love
04 - If I Had My Way
05 - Hollywood Dreaming
06 - Dancer
07 - Blueswalkin'
08 - Motor Of Love
09 - The Swap (You Can Get The Lot)
10 - Can't Find True Love
11 - I'll Be Coming Home
12 - [Bonus Track] Howzat (Live)
Band Members:
Daryl Braithwaite (Lead Vocals, Tambourine)
Harvey James (Guitar, Vocals)
Tony Mitchell (Bass, Vocals)
Alan Sandow (Drums)
Garth Porter (Keyboards, Vocals)
.
Sherbet Link (99Mb) REPOST
.
Posted by AussieRock at 8:34 PM