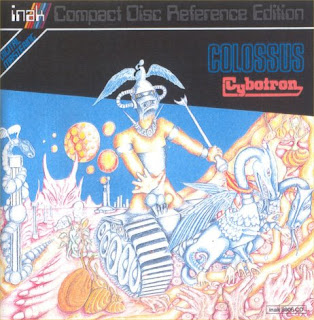 The pioneering electronic outfit Cybotron deserves its posting on Rock On Vinyl, since it one of the first (if not the first) Australian examples of pure electronic rock, a genre that later blossomed with the likes of Ollie Olsen's various projects. Here was the blueprint. Synthesizer fanatic Steve Maxwell Von Braund teamed in the mid-70s with Geoff Green to form Cybotron in 1976, but Von Braund had already caused a considerable stir by releasing what is largely regarded as Australia's first fully electronic album, Monster Planet (Clear Light Of Jupiter, 1975).
Influenced by contemporary "Krautrock" electronic outfits like Can, Amon Duul, Faust and Tangerine Dream (not surprisingly, the German-born Von Braund had been an associate/friend of some of these musicians) the ambitious suite impressed with its rich layers of synths, treated sax and electro-percussion. Former Masters Apprentices singer Jim Keays contributed vocals to the title track, while Aztecs drummer, producer and long-time collaborator Gil Matthews engineered and provided bass and drums support, with Henry Vynhal on treated violin.

The “mind-expanding brain food” offered by that debut release continued with the official formation of Cybotron during 1976, and the ensemble went on to create some marvelously inventive aural soundscapes. Their self-titled debut LP (1976) has been described as "a cross between late 60's Stockhausen and Kraftwerk's Autobahn album ... disco melodies warped with hypnotic synth fusion". 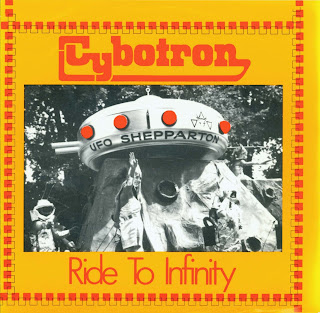 In more recent times an American electronic group has appropriated the name but has no other connection with the Aussie Cybotron. Von Braund and Green are still about, making "far-out music and vibes". In early 2002 Geoff Green reported that Cybotron is back in action and recording with Gil Mathews. He also announced that their old albums will be released on CD, along with a new live CD recorded when they supported Split Enz.
This rip was taken from CD at 320kps and comes with 2 bonus tracks from their 1979 single 'Ride To Infinity' (thanks to Sunshine at Midoztouch)
.
Track Listing
01 - Colossus
02 - Eclipse
03 - Medusa
04 - Raga
05 - Colossus (Short Mix)
06 - Ride
07 - Ride To Infinity (Bonus Single Side A)
08 - Xmas Hills (Live Christmas Hills Festival 1979 - Bonus Single Side B)
.
Band Members
Steve Maxwell Von Braund (keyboards, synthesisers, sax, percussion)
Geoff Green (keyboards, synthesisers)
Gil Matthews (drums, percussion, engineering)