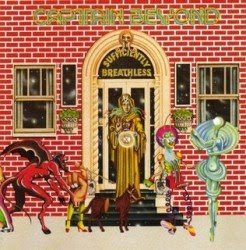 They are now a sextet of more diversified, Latin-flavored proficiency, and their refreshed method of attack is more than well-presented by Captain Beyond's newest effort, Sufficiently Breathless. "We like to call Captian Beyond's new sound 'space Latin-rock' " explains drummer and new member Marty Rodriguez. "There's a unique fusion of the two styles within the band now, and it feels great"
Self-produced, Sufficiently Breathless was completed in the relaxed confines of the Record Plant in Sausalito after the basic tracks had been laid down at macon's Capricorn Sound Studios.

The direction towards new ground began several months ago with the addition of timbales and congas ace Guille Garcia. An overwhelming successful attempt at supplementing Captain Beyond's percussion section, vocalist Rod Evans and lead guitarist Rhino had decided that the group was long-overdue for some spirited Latin-rhythms. "I was playing around Miami," Guille recalls his early days, "in a lot of Latin-soul groups and doing sessions here and there for people like Stephen Stills and Stevie Wonder. That was before I came out to LA as part of Claudia Lennear's band and met everyone in Captain Beyond. I had always wanted to be in a group I felt a part of and not just a back-up musician. So when they asked me if I wanted to join their band, I said I would because I know it would be just that. A band."

Prior to the date Captain Beyond was to begin work on Sufficiently Breathless, drummer Bobby Caldwell, and original member, amicably parted company with the band. Says Rhino, "We had to take time out apart from each other." A hasty replacement with an English drummer named Brian (They can't recall his last name) provided inadequate when his services fell far short of meeting Captain Beyond's exacting studio recording standards. Guille wasted no time in calling up from Miami veteran drummer and buddy nonetheless, Marty Rodriguez. Needless to say, Marty's style meshed perfectly with his fellow group-members and Sufficiently Breathless began its production. 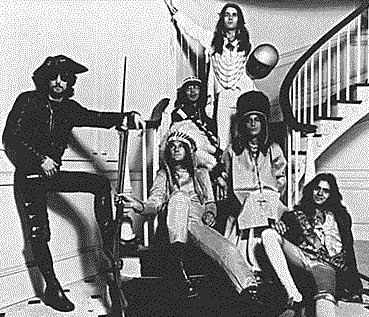 Captain Beyond 1973 (Promo Photo), from left to right: Rhino, Lee Dorman, Reese Wynans, Rod Evans, Marty Rodriguez and Guille Garcia
.
The third new Captain Beyond member is pianist Reese Wynans, formerly part of Boz Scagg's group. A good friend of Rhino's, when Reese heard that the band was cutting tracks in Macon, he visited the studios as a crony and ended up part of the group. Reese couldn't be more happy and content. "While I was there," Reese remembers, "they asked me to play keyboards on one song and it worked out well. I went back to my home in Sarasota and they called me to ask if I would finish the LP with them. We all liked the way it turned out, so here I am. I'm glad to be a part of the band"
Reese Wynans remembers: "Captain Beyond was a great band to play with, but from the management side it was terribly organized... I was very poor at that time, living in somebody´s else garage, so I needed to work and had to quit. I played on all the songs on "Sufficiently Breathless", except the title track. I only played one show with them..." (extract taken from a 1973 Press Release C/- tinpan.fortunecity.com)


Although I own the LP, this rip was taken from CD at 320kps with full album artwork. Enjoy 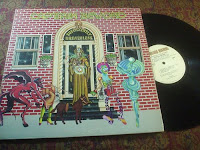