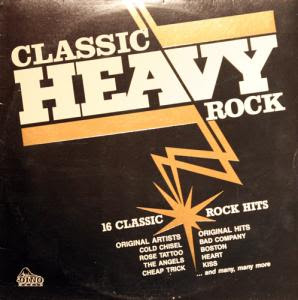 Released on the budget label Dino Music, this compilation of 70's and 80's heavy rock may not have been the ultimate collection of classic rock tracks, but it was one of the better offerings available in the late 80's.
Names such as Bad Company, Thin Lizzy and Ted Nugent stand out immediately, while there are many other great bands included such as: - Heart, Slade, Boston and not forgetting Australia's very own The Angels and Cold Chisel.
I owned this LP many moons ago, but managed to cook it on the back seat of my car while driving home from a friends place during an exceptional hot summer.
Luckily, I recently stumbled upon a CD release of this compilation while trawling my local flea market on a Sunday morning.
On revisiting this album and its title 'Classic Heavy Rock', I realised that it was missing some essential tracks to justify its title.
I have therefore taken the liberty of adding four additional tracks to the compilation, recorded by the true masters of rock: - Black Sabbath, Deep Purple, Saxon and Blue Oyster Cult.
I am also including some background information on some of the artists that have yet to be covered here at Rockonvinyl.blogspot.com
. 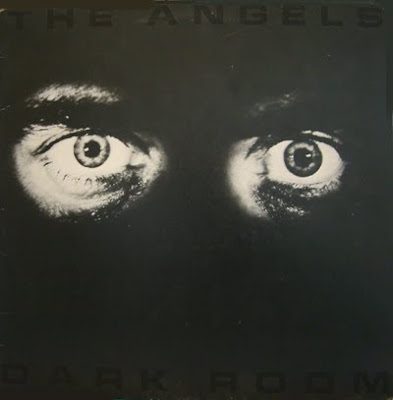 The Angels - Dark Room (1980)
The Angels were a hard rock band that formed in Adelaide, Australia in 1970. The band later relocated from Adelaide to Sydney and enjoyed huge local success until well into the 1990s. For the purposes of international release, their records were released under the names 'Angel City' and later 'The Angels From Angel City'.
Dark Room is the fourth album by Australian band 'The Angels', and was released in 1980.
It's the start of the acidic-ally meteoric rock anthem "No Secrets", an enormous landmark rock song by The Angels, the quintessential opening track of Dark Room, an important chapter in the rise of The Angels. But there is another other massive standout on this LP, "Face The Day".
The rest of the Dark Room album is unfortunately not as strong as these two superior songs, although other 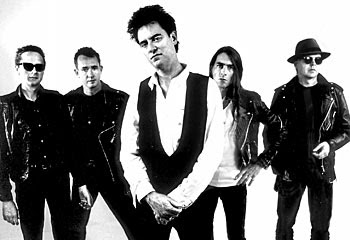 tracks of note are the slower, rolling Face The Day, the darkness of Night Comes Early and the harder rock and roll, to finish the album, of Devil's Gate, a more of a fun track. 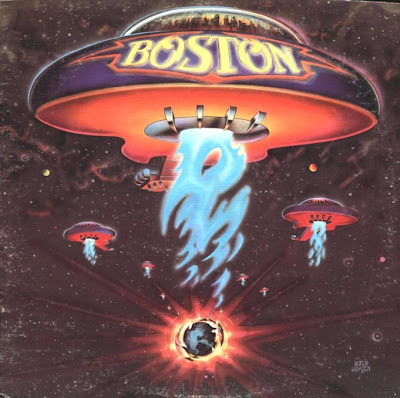 Boston - Selftitled (1976)
At one time, Boston’s debut release was the fastest-selling debut album of all time. Nearly everything about this album is masterfully crafted, from the volume to the layering and everything in-between. The musicianship found in every song is superb. While Tom Scholz plays several instruments, his most notable is probably the guitar. Though there are many good musicians out there, that’s not where Boston makes it’s case. Take for instance the opening track “More Than a Feeling.” Aside from having one of the more recognizable riffs, the way everything come into place at just the right time is something few were able to do before Boston.
Even less are as capable after Boston. It’s difficult to explain without listening, but I can certainly try. Imagine a level of sound where the lead guitar is playing and the forefront, where it usually is. With Boston, Scholz found a way to make everything else, from the drums, to the organ, to the bass also be very easy to hear, at the same time, in just the right places for maximum 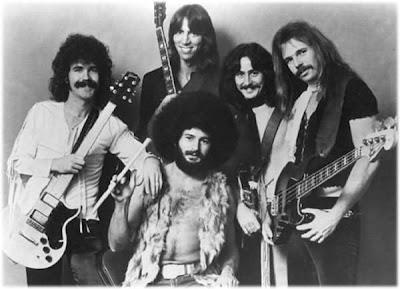 satisfaction.
There’s something about Boston debut LP that makes it one of the best of all time, and although they hit it big with their single "More Than A Feeling", this album had much more to offer. 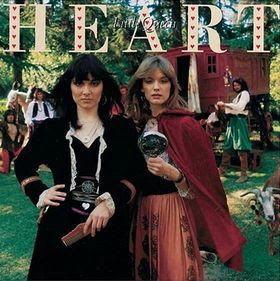 Heart - Little Queen (1977)
Hot on the heels of their platinum debut album 'Dreamboat Annie', Heart released the more ambitious, less accessible 'Little Queen'. Fortunately for them, the record contained the monolithic "Barracuda," which included one of the meanest guitar chugs since Deep Purple's "Highway Star."
The song rocketed to No. 11, and the album quickly went platinum.
The album was slightly harder than Heart's debut and FM radio stations jumped on the Led Zeppelin influenced rocker "Barracuda" (it's still a favorite on many classic rock stations today) which in my opinion is the best song on the album, followed closely by "Kick It Out" and the funky "Little Queen".
The rest of the album, however, is less than lustrous. The mandolins that are sprinkled through the album are supposed 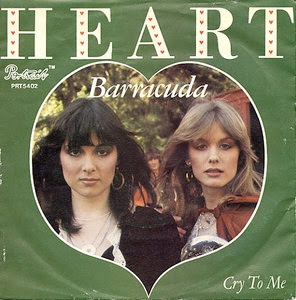 to sound mysterious, but they're pretty laughable, and songs like "Cry to Me," "Say Hello," and "Treat Me Well" don't pack enough punch to awaken even the lightest sleeper. 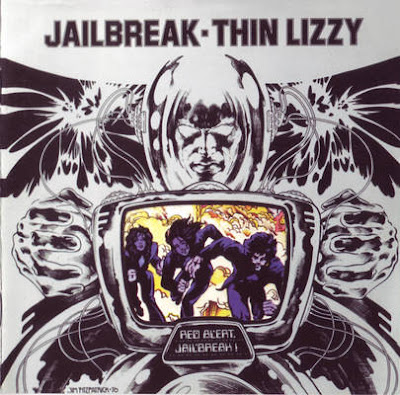 Thin Lizzy - Jailbreak (1976)
Thin Lizzy are an Irish hard rock band formed in Dublin in 1969. Two of the founding members, drummer Brian Downey and bass guitarist/vocalist Phil Lynott met while still in school. Lynott assumed the role of frontman and led them throughout their recording career of thirteen studio albums. Thin Lizzy are best known for their songs "Whiskey in the Jar", "Jailbreak" and "The Boys Are Back in Town", all major international hits still played regularly on hard rock and classic rock radio stations.
'Jailbreak' is surely Thin Lizzy's most exciting, tough, and touching album. Simultaneously barbarous and balletic, the 1976 set boasts the totally irresistible "The Boys Are Back in Town."
But the rest of Jailbreak lives up to that highlight, especially the riotous title track ("Tonight there's gonna b 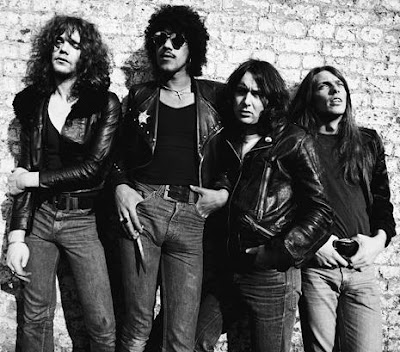 e a jailbreak, somewhere in this town"--yeah well, the jail seems a likely place). If Phil Lynott's poetic pretensions sometimes get the better of things, most of the album shows off his effortless power and economy; if heavy rock has a tendency to wrestle each song to the ground, Lynott and company were uniquely capable of delivering the knockout punch, graceful as a boxer or bullfighter. Jailbreak is testament to such skills. 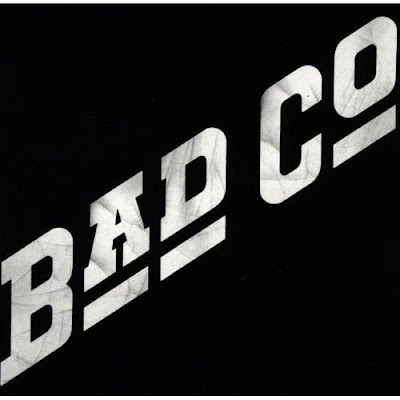 Bad Company - Selftitled (1974)
Formed in 1973, Bad Company came to life when Rodgers was looking to start anew after the disintegration of his legendary band Free. His powerhouse vocals and songwriting were a main ingredient during Free's impressive five-year run; a period of time that saw the release of seven extremely influential albums that featured Free's minimalist blues-rock approach. Included among Free's dynamic body of work is the 1970 smash, "All Right Now," one of the most recognizable rock anthems ever recorded. Lyrics and melody by Rodgers. He was Free’s main songwriter.
Rodgers had met Mott The Hoople guitarist Mick Ralphs and after jamming together and listening to new songs that Ralphs had penned and songs that Rodgers had penned, Ralphs made the decision to leave Mott and form a new band with Rodgers. The duo recruited former King Crimson bassist/vocalist Boz Burrell, added drummer Simon Kirke and Rodgers Christened the band Bad Company.
Bad Company was an instant hit worldwide. 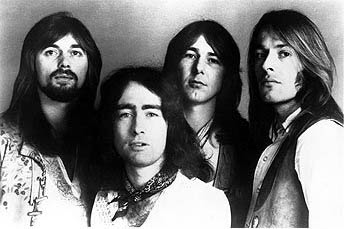 Their 1974 self-titled debut went platinum five times over and featured the smash hits, "Can't Get Enough," (a Number One single) and "Movin' On" along with electrifying rock anthems like "Ready For Love," "Rock Steady" and the title track. 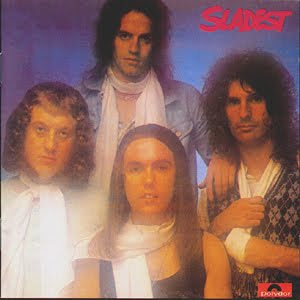 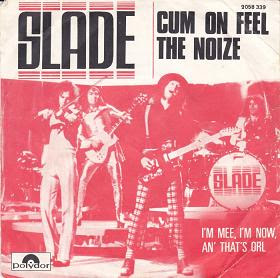 The song was never released on an official studio album, but did appear on their 1973 compilation LP 'Sladest'.
It would be easy to dismiss Slade as less than serious because of their title misspellings and their out-there dress sense. However, they were fantastically successful. In just four years, between 1971 and 1974, they had 12 singles that reached the top five on the UK singles charts.
In total, they released over 30 albums – three reached #1 in the UK album charts.
In the early 1970s, out-performed all other glam-rock artists including David Bowie, Sweet, Wizzard, Gary Glitter, T. Rex, Suzi Quatro, Mud, and Roxy Music. 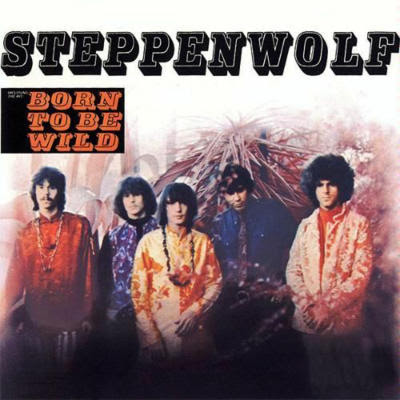 Steppenwolf - Selftitled (1968)
Steppenwolf are a Canadian-American rock group that was prominent in the late 1960s. The group was formed in 1967 in Los Angeles by vocalist John Kay, guitarist Michael Monarch, bassist Rushton Moreve, keyboardist Goldy McJohn and drummer Jerry Edmonton after the dissolution of Toronto group The Sparrows, formed by John Kay in the early 60s, of which only Moreve was not a member.
The band has sold more than 25 million records worldwide, releasing eight gold albums and twelve Billboard Hot 100 singles of which six were Top 40 hits, including three Top 10 successes: "Born to Be Wild", "Magic Carpet Ride", and "Rock Me". Steppenwolf enjoyed worldwide success from 1968 to 1974, but clashing personalities led to the end of the core lineup.
Today, front man John Kay is the only original member left, having served as lead singer for more than 40 years since 1967.
"Born to Be Wild" was first recorded in 1967 by 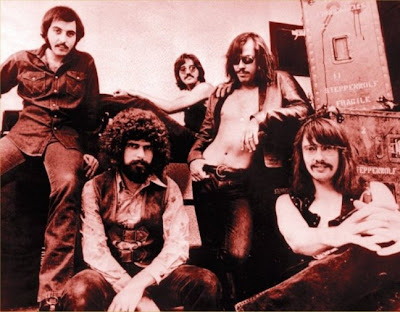 Steppenwolf in a sped-up and rearranged version, that the All Music Guide's Hal Horowitz described as "a roaring anthem of turbo-charged riff rock" and "a timeless radio classic as well as a slice of '60s revolt that at once defines Steppenwolf's sound and provided them with their shot at AM immortality." "Born to be Wild" was the band's third single off their debut album and became their most successful single, reaching No. 2 on the Billboard Hot 100 singles charts.
"Born to be Wild" was also released on the soundtrack for the movie 'Easy Rider' (1969). Unlike the album or single version, the song on this soundtrack is accompanied by the sounds of motorcycles as an introduction.
. 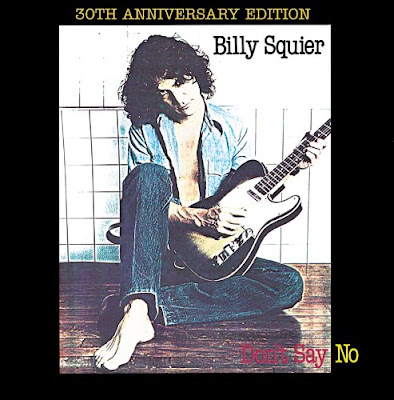 Billy Squire - Don't Say No (1981)
This US guitarist and singer began his music career in the second half of the '70s with a band called Piper, the group broke-up in 1979, by this point Squier signed a solo contract with Capitol Records which released, one year later, his debut solo effort entitled "The Tale Of The Tape".
Squier had a string of arena rock hits in the 1980s. He is best known for the song "The Stroke" on his 1981 album release 'Don't Say No'. Other hits include "In the Dark", "Rock Me Tonite", "Lonely Is the Night", "My Kinda Lover", "Everybody Wants You", "All Night Long" and "Emotions in Motion".
'Don't Say No' was the second album by Billy Squier, released on April 13, 1981. It was one of Squier's biggest albums, including the hits "In the Dark", "Lonely Is the Night", "My Kinda Lover" and "The Stroke". The album peaked at #5 on the Billboard album chart, and it remained on those charts for 111 weeks.
The lyrics for The Stroke were misleading and the 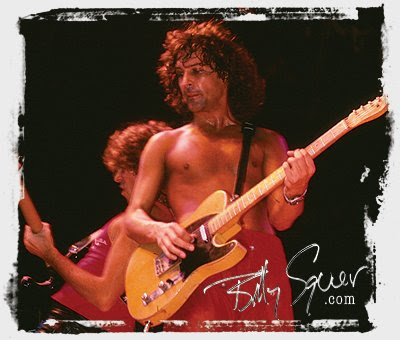 rhythm intoxicating to the young and old alike. The lyrics seemed to have very strong sexual self-gratifying connotation.
In truth, the song was about the music business, recording contracts, and the way musicians were seduced into signing them and then subsequently dropped if they didn't produce chart toppers.
Squier continued to issue albums throughout the '80s (including such titles as 1986's Enough Is Enough and 1989's Hear & Now), but it wasn't enough to prevent his audience from moving on to such younger, similarly styled acts as Bon Jovi and Mötley Crüe, as the hits eventually dried up.
. 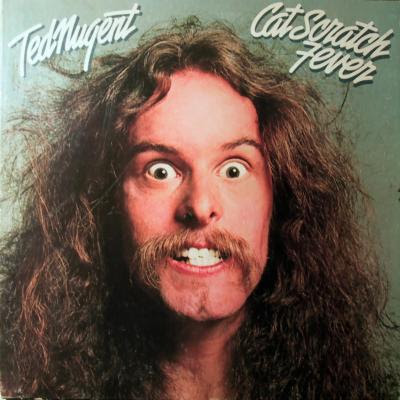 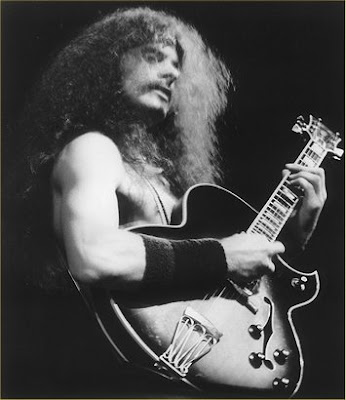 The sounds he wrings from his almighty Gibson Byrdland leave audiences gasping for breath and begging for more. To millions of guitar lovers everywhere, Ted Nugent is rock and roll.
'Cat Scratch Fever' (1977) was the third studio album by American guitarist Ted Nugent and his band, as well as the name of the album's title song. Vocalist Derek St. Holmes, who had left the band during the recording of the album Free-for-All, had come back for touring in 1976 and was again the lead singer on this album.
.
This post consists of mp3 rips (320kps) taken from my CD copy and includes full album artwork, along with select album and artist photos. As mentioned, I have included 4 additional tracks from 4 'classic bands' who deserve a place of this compilation. I hope you agree. 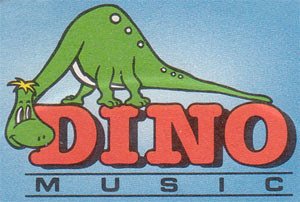