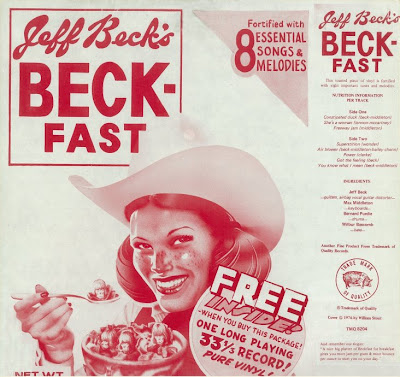 This bootleg is another one of my prize possessions which I acquired in the late 70's (probably from the Victoria Market, Melbourne or at Reading Records in Carlton, Melbourne), and I am certain that this will be the first blog posting for this concert.
Having seen Jeff Beck at Festival Hall, Melbourne; when he toured with Jan Hammer in the late 70's; I was keen to get as many of his releases as possible, including bootlegs. Unfortunately, this is the only bootleg I ever came across but is not surprising considering my trusty bible of boots, entitled 'Hot Wacks', only listed a half dozen titles being available for Jeff Beck at the time (1981).
Beck-fast (released by Trade Mark Of Quality) was also released under the name 'Beckelectric At O'Keefe: White Like Me' on the K & S label which helped me to identify the date and venue of the recording (as it is not listed on the Beck-fast cover). 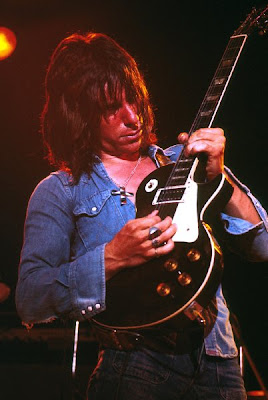 Thanks to a bit of web searching, I have discovered that the bootleg was recorded at the O'Keefe Centre, Toronto July 23rd 1975 during 'The Blow By Blow Tour', with the support band 'Small Wonder'.
I really love the cover of this bootleg. In true 'Pig Trade Mark of Quality' humour, the bootleg has been marketed in the same way that a packet of Breakfast Cereal is. Just have a look at what is inside the bowl of cereal or the track listing being referred to as "Nutrition Information per Track' and the band referred to as 'Ingredients'. And of course the play of words with Breakfast and Beckfast is fairly obvious but I love their slogan: "A nice big platter of Beckfast for breakfast gives you more 'jam' per gram & more bounce per ounce to start you on your day" !
.

TMQ, TMOQ or Trade Mark Of Quality was a bootleg record label that originated in the Los Angeles, California area during the late 1960s and early 1970s. The label was responsible for many underground records of Bob Dylan, Led Zeppelin, Jefferson Airplane, Devo, Grateful Dead, The Beatles, Frank Zappa, Rolling Stones, The Who and many other popular rock artists of the era. The major record labels were shocked and dismayed that any anonymous person could obtain or make a bootleg recording of one of their artists and press up records and release them for sale.

"Trade Mark of Quality" was established in 1970 by two bootleggers, "Dub" Taylor and Ken Douglas (now an avid sailor and author.) They were quality-conscious perfectionists 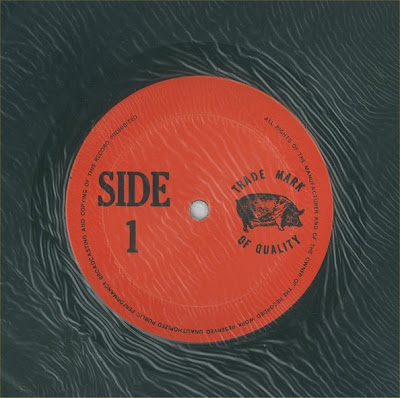 who pressed all their albums on coloured, virgin vinyl, and perhaps the first bootleggers to start doing real, printed picture covers, and later colour picture covers (printed - not inserts under the shrink-wrap as seen on "head shop" bootlegs). Dub & Ken had released several albums under different names before settling on "TradeMark Of Quality" in 1970, the first being the (in)famous "Great White Wonder" by Bob Dylan. According to Ken, "Dub" recorded several of TMQ's releases himself, including The Rolling Stones' "Liv'r Than You'll Ever Be" and Led Zeppelin's "Live On Blueberry Hill". TMOQ also employed the services of William Stout, whose unique artwork graced many of TMOQ's albums. In fact, the cover of Beck-fast is credited to the very same person.
. 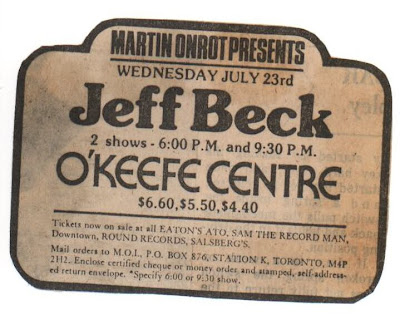 Concert Review
If you felt that Jeff Beck was on top of the game when he released Blow By Blow in 1975, you would not be disappointed with this live show. There are many stories of Beck returning to the studio to overdub his guitar parts for this album but there is no such worries here - live, he is both fluid and mercurial.
.
According to The Rolling Stone Record Guide (1979), “After the stormy demise of Beck, Bogert and Appice, Beck changed course once again, and under George Martin’s production recorded Blow By Blow, an all-instrumental album (no more vocalists to worry about) that shows off Beck’s consummate abilities as a guitarist as never before. All styles served here, from to funk to jazz, and its success has led Beck into jazz-rock circles.”
On the other hand, music critic J.D. Considine didn’t mince words when he wrote that “An eloquent player with absolutely nothing to say, Beck isn’t much of a jazzman, but Martin works around the guitarist’s limitations, elegantly framing the solos with sympathetic rhythm arrangements and lush string 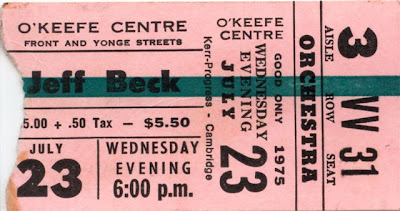 orchestrations.”
But for the fan listening to this show, it is quite sublime. As taper Dan Lampinski noted: “Jeff Beck’s performance was one of the single greatest guitar performances that I ever witnessed… only rivalled by Zappa on his guitar solo blitzkrieg tour with Adrien Belew in tow.”
.
The concert was also reviewed by Bruce Kirkland who wrote for the Star Newspaper in Toronto.
He noted that Beck was a reserved performer, writing that " he never looked at the audience in the face when he performed but rather played eyed games with drummer Bernard Purdie and the two cajoled each other into higher and greater and more intense bursts of his tension power rock, then guided each other through the smoother passages of jazz rock" [thanks to Dusty Hat for the newspaper review and concert advert]
It is interesting to note that while researching the concert, there has been some discrepancy regarding the price of the concert tickets ( $6 - Music in Dorseyland and $5.50 - Dusty Hat) but the ticket stubb above clearly shows that the price to be $5.50. Oh for the days when concerts didn't cost a fortune hey.
. 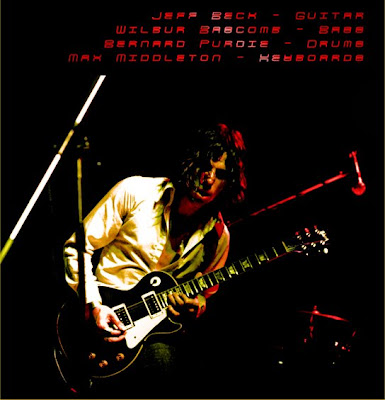 Rip was taken from almost mint Vinyl at 320kps and includes scan of front cover, along with review article and all photos depicted.
Because the tracks tended to run into one another with audience applause and occasional dialogue, I decided not to segment the tracks so as not to loose the true atmosphere of this great concert. Instead, I have posted the album as two separate mp3's - Side A & B. Hope you enjoy your next Beckfast!