On Australia Day we come together as a nation to celebrate what's great about Australia and being Australian. It's the day to reflect on what we have achieved and what we can be proud of in our great nation. It's the day for us to re-commit to making Australia an even better place for the future. Australia Day, 26 January, is the anniversary of the arrival of the First Fleet of 11 convict ships from Great Britain, and the raising of the Union Jack at Sydney Cove by its commander Captain Arthur Phillip, in 1788
A big part of my upbringing involved being educated in Australian History and topics such as the goldrush days and bushrangers were always favourites of mine.
Therefore, I would like to celebrate Australia Day by posting some music that has connections with the goldrush days / bushrangers. I hope you enjoy these and have a great Australia Day !
.
(Various Australian Artists 1980)
. 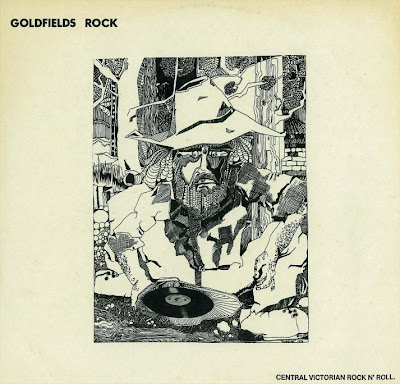 The first major gold rushes took place in 1851 near Bathurst in New South Wales and at Ballarat in Victoria.
A sheep station hut keeper, Christopher Thomas Peters, had also found gold in Castlemaine, Victoria, but kept his discovery quiet. He and three friends earned a year's pay in a month by chipping gold from rocks with a hammer and chisel. However, word of the fabulous richness of the diggings soon got out and thousands of people started to explore the creeks around the area, finding gold close to the surface.
Castlemaine is a city in Victoria, Australia, in the Goldfields region of Victoria about 120 kilometres northwest by road from Melbourne, and about 40 kilometres from the major provincial centre of Bendigo. Castlemaine began as a gold rush boomtown in 1851, it has since become a major regional centre known for its industrial and cultural institutions including the oldest continuously operating theatre in mainland Australia, the Theatre Royal. 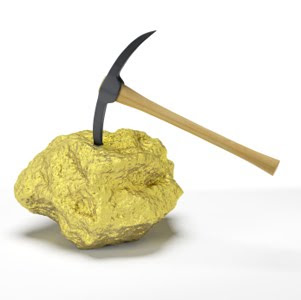 Bendigo is a major regional city in the state of Victoria, Australia, located very close to the geographical centre of the state and approximately 150 kilometres north west of the state capital Melbourne.
Bendigo is one of the most significant Victorian era boomtowns in Australia. Gold was discovered in 1851 at The Rocks on Bendigo Creek and the Bendigo Valley was found to be a rich alluvial field where gold could easily be extracted. News of the finds intensified the Victorian gold rush bringing an influx of migrants to the city from around the world within a year and transforming it from a station to a major settlement in the newly proclaimed Colony of Victoria.
Bendigo is notable for its Victorian architectural heritage and gold mining history. Since 1851 over 22 million ounces of gold have been extracted from its goldmines, making it the highest producing 19th Century goldfield in Australia in the nineteenth century and the largest gold mining economy in Eastern Australia.
. 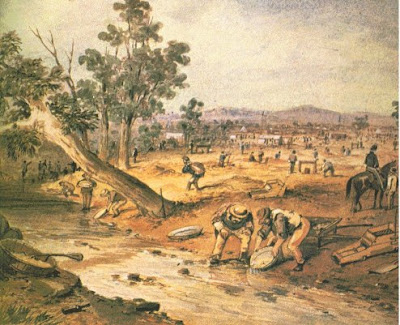 This record includes four tracks from 3 different bands who played in the Central Victorian District in the early 8o's. The bands were Sharp Toys, Cruize and Public Enemy (who by the way had a distinct 'Angels' sound to their act). The recording was made at GCR's Community Radio Studio in Castlemaine, Victoria. The 4 track equipment used to do the recording was purchased with a small grant from the Australian Film Commission. The record itself was cut at Astor Records, Clayton, Victoria.
Goldfields Community Radio Co-operative Limited was the managing body of a group of people seeking to establish a community controlled FM broadcasting station - 3CCC-FM for Central Victoria. This recording was one of the several projects that GCR undertook to raise funds to finance their station. As I acquired this LP at a flea market I am unsure how many pressings were made, but I would suspect that it would have been a limited release. As there is next to no information available on these three bands - I suspect they didn't go onto bigger and better things, however, they were all talented musicians and their original compositions showed great potential.
Rip was taken from my vinyl copy at 320kps and includes full album artwork.
.
BANDS: 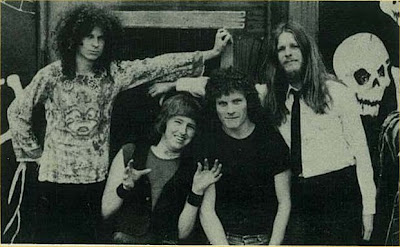 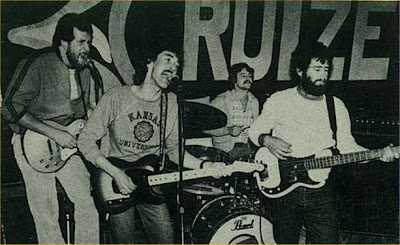 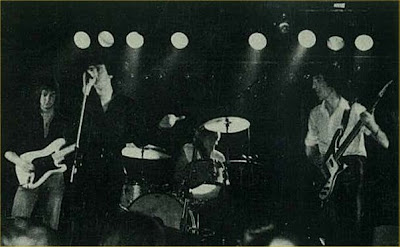