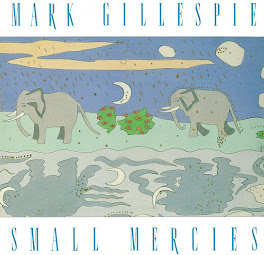 Author, poet, architect by trade, songwriter, singer, explorer. Mark Gillespie is the epitome of the creatively restless spirit. Long considered one of Australia's most outstanding songwriters, his three albums to date, from which this collection of some of his finest songs has been culled, reveal a man of unique vision. Gillespie exposes and touches raw nerves, mirrors the complexity of emotions and illuminates a dark sense of humor. He's a reclusive and elusive man, in spirit, on record and in life.

He shuns and defies - labels, wrestling with conformity and, in his own words, always looking over his shoulder to be sure there's another door open.

Mark Gillespie first came to public notice when two of his songs were featured on an LP released in 1977 by Ross Wilson and Glenn Wheatley's Oz Records label titled 'Debutantes'. Previously Mark had been something of a legend, performing with a number of ad hoc combos in between studying architecture at Melbourne University. His heart has always been in words and music. He wrote a book of short stories titled 'Makeup' (published in 1978) and he surfaced regularly to perform not only in bars and hotels, but also on the larger concert stages of Australia, working with luminaries such as Tom Waits, Maria Muldaur and Rodrigues. 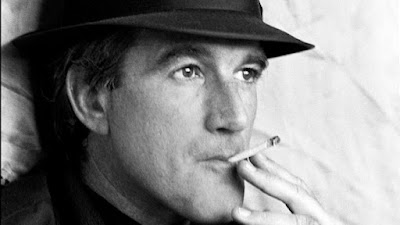 One of his bands be named The Victims, a somewhat sardonic reflection on Mark's cautious approach to the business side of music. "I think that has always been my priority - just good songs", he once said. "I haven't orientated anything towards the great beast that gobbles - the masses and the industry". Indeed, soon after release of his first album, Only Human in 1980, he declined the usual rounds of touring and press interviews and instead went to India and the Himalayas. "I found something in India I couldn't find in Australia or anywhere else when I'd been in America or Europe, I can't explain it - you have to go there to experience it. It's a place that makes you think". And if Mark had self-doubts about music as a worthwhile pursuit in life, India helped clear them away. "Maybe I got strength from it, maybe a confidence that it was all going somewhere. 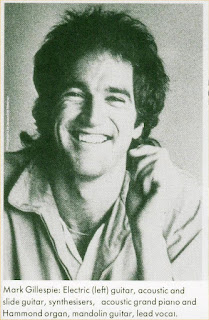 "There is showbiz and there is music. If there is no driving force behind the music, apart from commercial success, then it's totally manufactured". "If something is good in itself, without pertaining to fashion, it is going to sell". Mark could hardly be said to be fashionable.This compilation album marks the evolution of Mark Gillespie over more than seven years, a period during which he has made his mark as a rare artist - a writer of challenging vision who doesn't demand to be heard, but truly deserves to be. [Liner Notes]
RIP Mark Gillespie
Australian singer-songwriter Mark Gillespie passed away on Thursday, November 11, 2021 in hospital in Dhaka, Bangladesh, the country in which he had lived for many years.
Gillespie’s death was confirmed by a relative and by musician Joe Creighton who worked on Gillespie’s early albums. Creighton had said that Gillespie, “came across as a tortured soul with an air of mystery about him.” 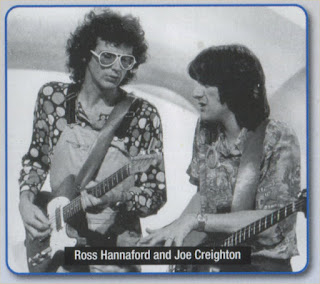 A friend of Gillespie’s, who was working for British Airways when he met him in the early ’80s, recalled that Gillespie was working as a volunteer in a children’s home in Dhaka, Bangladesh, and helped build and and run a new home in the village of Sreepur. “Mark played a vital part in establishing what became a safe and secure refuge for hundreds of vulnerable women and children,” he recalls. He added that Gillespie “later married a local woman and lived in a typical rural village close by with none of the trappings of western life.”
In recent years Gillespie’s health declined, which he reported to Rhythms, while late last year his wife died.
Gillespie released four albums between 1980 and 1992, with the first two albums being re-released in recent years by Aztec Records. After his final album he also did some gigs at The Continental Cafe with the band The Casuals. In 2020, Gillespie allowed Rhythms magazine to showcase some of his archived recordings in conjunction with a major feature on his career. 'Only Human' is one of the greatest Australian debut albums of all time. 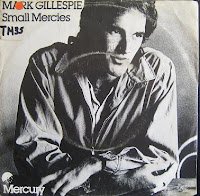 “Mark Gillespie created a remarkable body of work in a short space of time but he was a reluctant rock star in many ways,” wrote one critic. “His recorded legacy should not be overlooked. He was a heartfelt singer / songwriter and Only Human is a classic debut album.”
In the feature, Joe Creighton also added of Gillespie that: “Going to Bangladesh was a bit of a spiritual quest for him, he just wanted to do something completely different. He was a reluctant rock star. That whole thing of rock ’n’ roll, management and the press, he was anti all that. I don’t want to speculate too much, but this is what it seemed like to me: he just wanted a break from it all. And then he would come back, record a bit more and then he went again and just didn’t come back.” [extract from Rhythms: Australia's Roots Music Magazine] 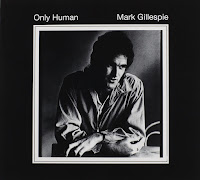 This post consists of FLACs ripped from both CD and Vinyl and includes full album artwork along with label skins. I bought this album about 10 years ago, having already purchased his other albums when they were first released. Of course 'Only Human' was a mind blower and was nothing like I'd heard before.  While this compilation is a great introduction for those of you not familiar with this legendary Aussie artist, this post is also meant to be a tribute to the musical legacy that Mark has left behind.  If you enjoy this album then consider popping over to Aztec Records and check out his first two brilliant albums.
As a bonus, I have also include 2 tracks from a compilation album that Mark appeared on titled 'Debutantes', before he released his debut album, These tracks are not only rare but are also essential as they give an insight into the roots of his 'Only Human' album.
Tracklist 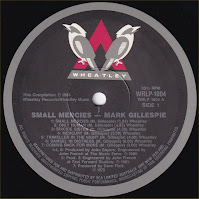 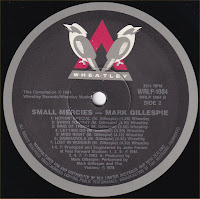