The Doors - Unauthorised Touch Me (1994) Bootleg 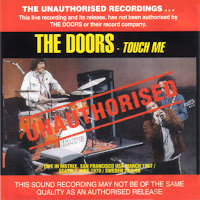 The Doors are somewhat or an anomaly in the rock pantheon. They weren't part or the peace 'n' love Airplane-Dead-Quicksilver acid-rock sound, or San Francisco. They had nothing to do with the English invasion, or even pop music in general. While New York City was good to the Doors — almost to the point or adopting them as their own — they still weren't in league with the Velvet Underground, despite a mutual affinity for dark and somber themes. They weren't even part or Los Angeles's predominantly folk-rock scene, consisting or the Byrds, Buffalo Springfield, and the like. Even among the hierarchy that includes Elvis, Dylan, Joplin, or Hendrix, they were a world unto themselves. But what a wonderful and darkly exotic world it was. 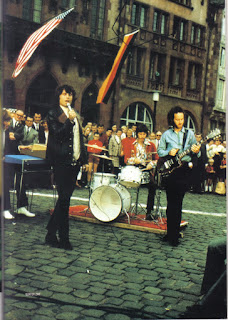 The Doors were a band and each individual part formed a side or the diamond that was the whole. One night, on the road, just before the concert was to begin, a disc jockey climbed on the stage to introduce the act: "Ladies and gentlemen" he announced to the audience, "please welcome Jim Morrison and the Doors." There was the customary applause. As the DJ walked down the stairs leading from the stage, Jim pulled him aside and said, "Uh-uh, man, you go back up there and introduce us right."
The DJ panicked. "What did I say? What did I do?"
"It's THE DOORS, " Jim said, "the name of the band is THE DOORS."

When the Doors' first managers tried to lure Jim away from the rest or the group with promises of wealth and independence that a solo venture could provide, Jim immediately went over to Ray and informed him, "These two guys are trying to break up the band, let's get rid or them." The managers were bought out of their contract; from that time on, their roadie became the Doors' representative, and the four Doors essentially managed themselves. Nobody would ever again try to drive a wedge between Jim and the band, and no one would ever tell these guys what to do. 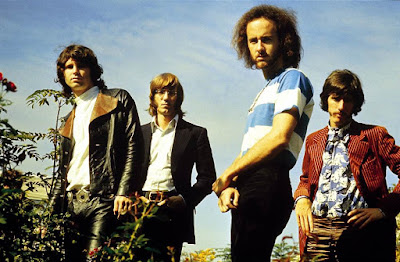 Anybody who spent any time within the charmed inner circle loosely referred to as "the Doors' Family" knew that the Doors were more than just Jim. There was no question the Doors needed Jim, and everyone knew it. They needed his dark, brilliant, raw and powerful, impulsive and explosive, elegant and refined Dionysian energy. But everyone knew that Jim needed their pristine talents, their disciplined Apollonian abilities to wrest his lyrics to music, to create the soundtrack for his profane madness and sacred inspiration. It's no mystery why Jim Morrison never went solo: He knew he needed Robby Krieger, John Densmore, and Ray Manzarek as much as they needed him. 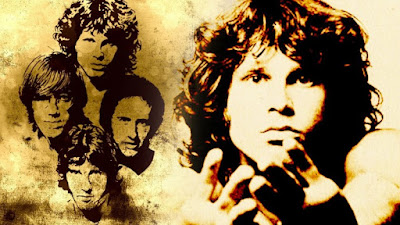 So sympathetic were the musicians to Jim's mission that Robby Krieger was even capable of writing lyrics and songs that sounded sometimes more like Morrison than Morrison, among them "Light My Fire," "Love Me Two Times," and "Touch Me." Without Messrs. Krieger, Manzarek, and Densmore, there's a good chance Jim's songs would never have made it off the page, to say nothing of into rehearsal, onto the stage, into the recording studio and, in defiance of all odds, across the decades. [extract from The Doors: The complete illustrated lyrics, by Danny Sugerman. Macdonald Books, 1991. p1-2]
.

This post consists of MP3's (320kps) ripped from my Grapefruit CD Bootleg and includes the usual trademark artwork for their Unauthorised series of boots.  The cover states that the recordings come from three different sources (San Francisco March, 1967, Sweden Sept 1968 and Seattle June 1970) however an alternative release on the Banana label with the title 'The Lizard King Vol 2' (see below)  also cites some of the recordings coming from a concert in Vancouver and several T.V shows (a real mixed bag).  Irrespective, these recordings are amazing for the period and are hands down, way better than any of their official live material (ie. Live at the Hollywood Bowl).
.
Track Listing 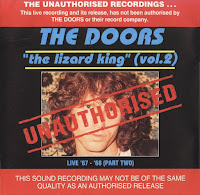 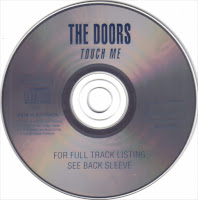