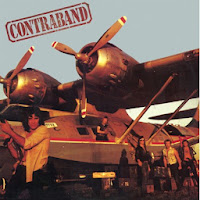 Initially formed in Sydney and originally called Stillwater, the band changed its name to Finch in 1973 and then, in mid-1978, they changed their name to to Contraband. Owen Orford was the only remaining member of the original 1973 line-up.
The band didn't work fulltime until 1976 when, as Finch, they recorded their first album, 'Thunderbird'. They produced and financed the recording themselves and its release, on the Eagle label, coincided with an upsurge in their popularity.
Originally Sydney-based, they toured Melbourne, Adelaide, Brisbane and country areas of New South Wales. At the end of 1976, they moved to Melbourne and released a single, 'Short Changed Again'. The disc enjoyed moderate success, but its release was followed by a major upheavel. BOB SPENCER (guitar) left to join Skyhooks; then the group split completely leaving only PETER McFARLANE (drums) and Owen. The two of them spent the next three months (April '77 to July '77) auditioning new members. Eventually they came up with David Hinds, who replaced CHRIS JONES as second guitarist, Mark Evans (ex-AC/DC), and an old school friend of Mark's, Graham Kennedy. 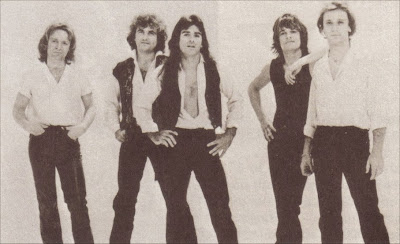 Meanwhile the band was signed by CBS. In February 1978, their 'Nothing to Hide' album was released. A single, 'Where Were You', was lifted from it and, in March, became their first national hit.
The band's big break coincided with the album's release — they were picked up for worldwide distribution by American label Portrait. However, as there was already a Dutch band called Finch, Portrait recommended a change of name (to Contraband). Until October '78 the group used both the old and new names to help fans adjust. 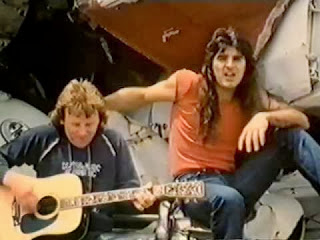 .
In March, Contraband set off on a national ten week tour with Dragon and, nearing the tour's end, released a re-mixed, edited version of 'Nothing To Hide' as a single. The band then headlined its own tour and, in July, supported Status Quo on its Australian jaunt. The same month, Contraband's album was released in the US. Apart from receiving favourable reviews, the LP got airplay on some of the major FM stations. 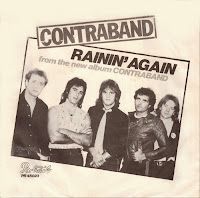 In October '78, Peter McFarlane left the band, basically over differing musical taste. He was replaced by Barry Cram (ex-Front Page and Russell Morris Band). Coinciding with the split they released another single, 'That's Your Way' (also a re-mix).
Contraband was scheduled to leave for the US in January '79 to record an album. However Portrait, which was financing the project, pulled out at the last minute without explanation. Undaunted, the band decided to go ahead on its own, record the album at Albert Studios in Sydney and aim at getting to the US later in the year. This selftitled album is the final LP that they recorded before splitting total later in 1979.  [extract from Noel McGrath's Australian Encyclopedia of Rock 1978-79 Yearbook, p14-16].
.
This post consists of MP3 (320kps) ripped from my cassette tape (plays just fine) and includes full album artwork (which was sourced from Midoztouch with thanks). Also included is the non-album B-Side single from Rainin' Again (also sourced from Midoztouch at some stage).
Not a bad collection of tracks - probably their best songs musically, but I still prefered their heavier rock material from their early Finch days. 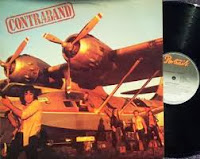