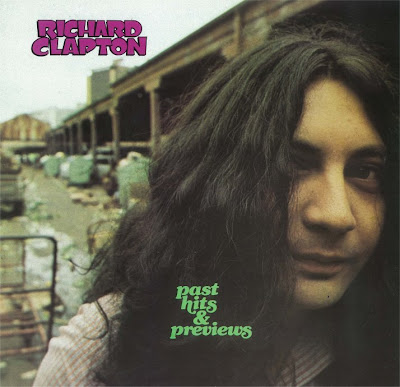 Richard Clapton is an Australian singer-songwriter and guitarist from Sydney, New South Wales. His solo top 20 hits on the Kent Music Report Singles Chart are "Girls on the Avenue" (1975) and "I Am an Island" (1982). His top 20 albums on the related Albums Chart are 'Goodbye Tiger' (1977), 'Hearts on the Nightline' (1979), 'The Great Escape' (1982), and 'The Very Best of Richard Clapton' (1982). As a producer he worked on the second INXS album, Underneath the Colours (1981).
In 1983, he briefly joined The Party Boys for a tour of eastern Australia and their live album 'Greatest Hits (Of Other People 1983)' before resuming his solo career. Australian rock music historian, Ian McFarlane described Clapton as "one of the most important Australian songwriters of the 1970s" [extract from Wikipedia]
.
. 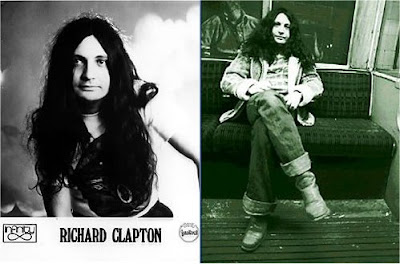 The following is an in depth interview conducted by Ed St.John with Clapton, for the Rolling Stone Magazine in Feb, 1978.
..
Richard Clapton's Dilemma - Caught between the tiger and the edge
It's always Interesting to see a sensitive artist cope with commercialism Jackson Browne, for instance, is a fully competitive rock performer and still writes good songs. Richard Clapton, on the other hand, finds the necessary compromise a hard one. When I met him one recent Saturday night in Sydney he was in a genial and friendly mood, a perfect example of good public relations, It was only later, fatigued by a strenuous performance and other accumulated pressures, that his touchy alter ego came to the fore. 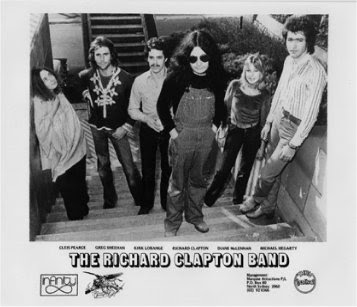 I guess I should have asked you if you liked Spanish food", he laughed as we sat down to a meal of garlic prawns and Mateus Rose in a Spanish restaurant in King's Cross. In fact his tastes are somewhat cosmopolitan when working his constant companion is a bottle of tequilla, and his favourite city is Berlin. As we ate we were Joined by Cleis Pearce and Greg Sheehan, the viola player and drummer on Clapton's latest album 'Goodbye Tiger'. They are no longer in the band, so when they ran into us another bottle of Mateus was called for and a small reunion was held.
About a quarter past nine we realised that the gig at the Stage door Tavern was due to start in three quarters of an hour. We made a hasty departure back to the motel and I returned to my car to find a parking ticket in the wiper. Later on, at the Stage door "Ladies and Gentlemen," yells Clapton In the darkness, doing a perfect imitation of a roadie Introduction, "would ya please Welcome next years King of Pop - Richard Clapton!" The lights come Up and the band swings into the first number. Clapton moves up to the mine, as if for the first time, and grins I may not look like the King of Pop, but...
In concert Clapton seems to tap an energy reserve which is unused during the rest of the day. He throws himself into the spirit of the song like few songwriters do, and with Diane McLennan pouting beside him on backing vocals they make quite an act. He later explained the reasoning behind this "I owe these people a lot, you know. They've gone and spent seven dollars on the album, and they've just paid four more tonight, so they deserve everything I can give." A pause. "But, ah, they certainty get their money's worth," he adds, quickly. The encore that night proved his point, as he swung from Water pipes in the ceiling and leaped about the stage whilst singing a Chuck Berry 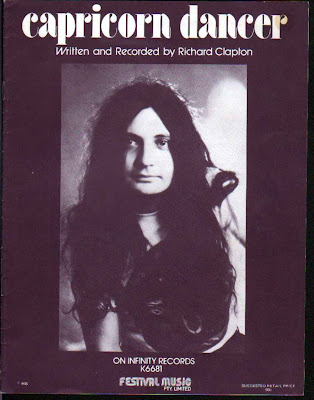 song,finally ending up in a tangled heap on the floor with Diane and microphone stand. All part, I suppose, of giving them their money's worth. Offstage Clapton is just about as slow moving as he is energetic on-stage. He is by admission a lazy person, and this combined with his dislike of interviews makes it hard to get him headed towards his motel so that we can get something down on tape. We finally agree to meet there and I am a little consoled to find that I can put my parking ticket back under the wiper and park in the same place.
By the time road manager, Neil McCabe, had gone down to the bar and bought drinks and Clapton had gone into the next room to fetch a tape recorder it was two in the morning, and as a result of the strain and the drink he had fallen into one of his notorious bad moods. I turned on the recorder, but before I had chance to ask a question he had launched into a marathon attack on competition, the record industry, the media, status, the money motive and people who don't think the way he does. In this mood he hates them all. In the course of it I gained the factual skeleton of his career, fleshed out with the outlook and prejudices of someone who was proving to be a fascinating, yet aggressively private, person.
.
Born in Sydney, Clapton was part of the post war boom which became the militant generation of the Sixties. Having finished school, he moved to London in 1967 to study graphic art where he formed his first working band. Three years later his visa expired and he was forced to move to Berlin, a city which was to influence him greatly in his most formative years.
The people he lived with in Berlin had lived through much of the Sixties in the large German communes hotbeds of radical thought which spawned such diverse children as Tangerine Dream. The people he lived with, he says,"were just coming out of it when I knew them. Basically I think they were growing up." 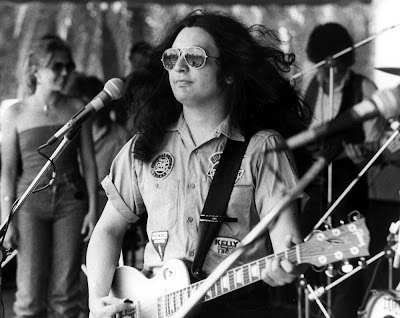 However he had much contempt for their idealism, a lot of the theory is still evident in his work. During this period he formed another band; and when a large recording deal was offered to them, they poured all their money into improvements, to be then told that the company wanted to buy songs only.
For the next six months Clapton lived almost at starvation point, having spent all his money. By the time he returned to Australia. In 1972, he had become very bitter about the entire competitive capitalist ethos, and to this day places little emphasis on material wealth. He quotes from George Orwell's Down And Out in Paris And London: "If you don't have a shilling, you don't have nothing to worry about. If you have a shilling you worry.'Signed by Festival two days after his return, his first album, Prussian Blue, introduced Clapton to the Industry, but despite acclaim it didn't sell particularly well.
Of the title track he says 'Prussian Blue' was an unusual composition for me, because normally when I write it's all very spontaneous, a sort of stream of consciousness thing. I'm very influenced in this regard by people like Dylan Thomas and Sylvia Plath. But with "Prussian Blue" I spent months toying around with the words, perfecting it. Compared with the other stuff, the word games and everything are all a bit childish really. He chuckles to himself. "Most people said that was really advanced, but anybody can be complex and metaphysical if they want to." By 1975 there was more than critical acclaim when the title track of his new album. 'Girls On The Avenue', made it to the Top five. This was followed strongly a year later by
'Mainstreet Jive', finally assuring him of a firm position in the Australian music scene.
.
In typical fashion he had been delaying an overseas trip financed by an Arts Council grant, so he rushed off his soundtrack contribution to surf film 'Highway One' and left in October, 1976 for a trip that took him to America, England and most importantly, back to Berlin, where he wrote most of the material for Goodbye Tiger. The trip proved worth while, for the first time in his life Richard Clapton is doing well out of his music.
If you average it out I haven't made that much. I could have made much more money in the Public Service and have a house in Lane Cove - but I don't." He pauses, taking a sip of his Bloody Mary and pulled back his curtain of hair. I live in motels ... I've got nothing. Who'd be stupid enough to work for nothing? 'which is virtually what we're doing, We make money, sure, but we spend it just as quickly tryin 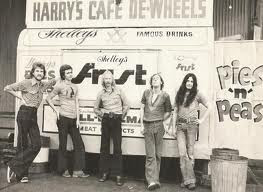 g to keep the vibe up. The emotion is evident in his voice. He pauses.
I don't think anybody should ever forget that what we're doing is art? You can never get away from that so it's a funny business ... marketing art," he laughs. "It's a paradox in itself.'
However, often people try to delve into his work in search of profound hidden meanings, Clapton insists that the superficial ideas are all that are intended. With the exception of rarities like 'Prussian Blue' the songs are not at all contrived. On the contrary, according to their writer, they are Spontaneous expressions of feelings, not designed to stimulate thought, national identity, pity or anything else. But if they do, he says, that's good. Or does he want to deter people from looking. They often find things that he didn't know about. Speaking of a review by Paul Gardiner in ROLLING STONE two issues ago, he marvels, I wasn't aware I'd written an album about Australia until I read it in Paul's review. The material was written in Germany but he's right all the same. 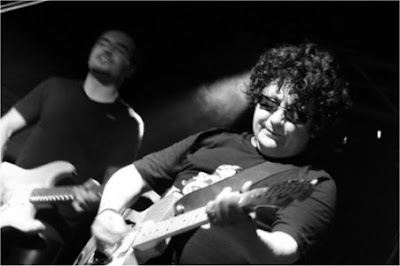 I find a great satisfaction in having Goodbye Tiger accepted," he says, referring to the album's rather startling sales figures. "Australians are so embarrassed by themselves that they refuse to admit to any identity and I think they should strive to find one, for better or worse."It's three o'clock in the morning, and as I take my leave a particular phrase keeps coming back to me, one which I felt seemed to capture the essence of what he'd been saying -
"I think that over the last few years I've learn't a lot about a lot of things, just finding out that simplicity is one of the hardest things in the world to achieve."
Richard Clapton is a man of contradictions. He considers the entire system of competition and stardom a farce, yet he continues to be considered as one of Australia's top rock performers. He says he doesn't understand the exact meaning of most of his songs, yet his audiences hail him as a sensitive and perceptive artist. Perhaps the strangest thing is that both he and the people are right.
(Interview taken from Rolling Stone 9 Feb 1978 - sourced from The Avenue / Richard Clapton).
This post is a vinyl rip taken from my near mint copy, at 320kps 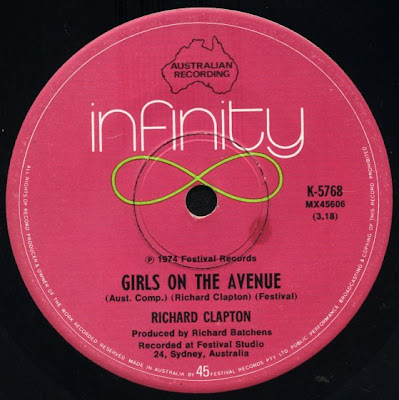 and includes full album artwork. I have also sourced a live rendition of Clapton's biggest hit 'Girl's On The Avenue' taken from the 'Concert Of The Decade' compilation album, released in 1979.
This is the first 'greatest hits' album that Clapton released, although he also chose to release two new tracks alongside his classics at that time - "Stepping Across The Line" & "When The Heat's Off"
Also worth noting is that "When The Heat's Off" has never been issued on any other release (either Vinyl or CD) making this compilation rather special.
All other tracks were taken from his prior LP's, 'Prusian Blue', 'Girls On The Avenue', 'Mainstreet Jive', 'Goodbye Tiger' and the rare soundtrack 'Highway One'
.
Track Listing
01 - Stepping Across The Line
02 - Girls On The Avenue 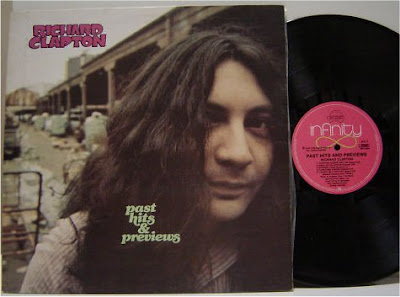