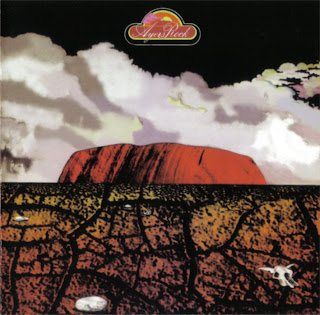 Ayers Rock was the leading Australian 'jazz-rock' group of the 70s, fusing rock with influences from soul, R&B, jazz and Latin music. The band was built on world-class standards of playing and complex arrangements, and inspired by overseas groups such as Traffic, Santana and Weather Report. The original members were all seasoned players, widely regarded as among the best musos in the country, and their musical connections were woven through a series of major bands of the 60s and early 70s.
. 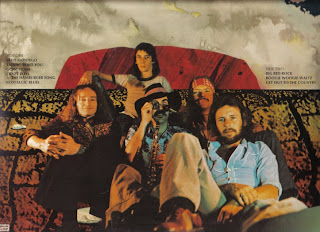 (Note: Back cover shown right is from U.S release)


Ayers Rock were one of the first groups signed to Michael Gudinski's newly established Mushroom label, and their debut single, "Rock'n'Roll Fight", was issued at the end of 1973. Ayers Rock's debut album Big Red Rock was taped live before an invited audience at Armstrong's Studios in Melbourne over two nights in September 1974. The live-in-the-studio approach worked extremely well for Ayers Rock, and the album clearly demonstrated why their awesome live 'chops' had made them such a popular concert attraction. But it also was something of a necessity for the cash-strapped label -- they took the same approach with another early signing, Mackenzie Theory. The Ayers Rock LP reportedly cost Mushroom a mere $5,000 to record.
. 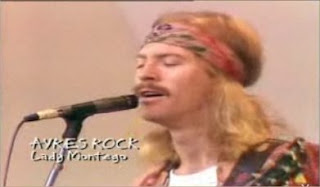 Big Red Rock was a commercial success for Mushroom, showcasing the band's considerable prowess and the material was a good balance between the more commercial song-based material of McGuire and Brown and the more adventurous instrumentals. The LP features three songs by McGuire, including their memorable second single, the Latin-flavored "Lady Montego", a song that dated back to McGuire's stint in Friends; an earlier, slower version appears (in a live recording) on the Garrison: The Final Blow LP (see earlier posting)
.
Big Red Rock also features two excellent pieces by Loughnan, two songs by Chris Brown, and a dazzling cover of Joe Zawinul's "Boogie Woogie Waltz", originally recorded by Weather Report (who were at that time virtually unknown in Australia). Loughnan's power-jam "Crazy Boys" is also worth hearing for its hilarious intro; dedicated to an unnamed Sydney hamburger joint, it includes a sly reference to a "Gudinski burger" and very funny joke about "Dr Hopontopovus, the Greek gynaecologist". 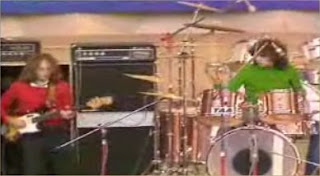 As Vernon Joyson has noted, Ayers Rock's recordings suggest that there was some dilemma about whether they should pursue a more expansive instrumental-based approach or opt for a more song-based commercial sound. From the evidence of Big Red Rock, its arguable that its the instrumental tracks -- "Crazy Boys", "Big Red Rock" and the brilliant cover of "Boogie Woogie Waltz -- that stand up best today, but the demands of radio airplay and gigging meant that this dilemma was never satifactorily resolved, and the group's relatively short lifespan and small catalogue meant that they never really got the chance to reach their full potential.
.
In the late 1975, Ayers Rock performed at the final gigs at Melbourne's fabled Reefer Cabaret. Live versions of the Stones "Gimme Shelter" and "Boogie Woogie Waltz" were included on the double-album A-Reefer-Derci, culled from performances from the last two nights on 30 and 31 December 1975, and released by Mushroom in 1976. Like Mushroom's earlier Garrison: The Final Blow set, it commemorated the closure of the venue and was a means of thanking the Reefer Cabaret for supporting Mushroom's artists during 1974-75 [extract from Milesago]
. 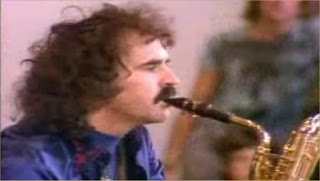 Big Red Rock is one of my favourite jazz-rock albums (in amongst greats such as Al Di Meola, Mahavishna Orchestra and Weather Report) and should be recognised as one of the finest albums produced by an Australian band. I particularly like the B-Side of this album, as it showcases some spectacular jazz riffs ands solos that blow my mind every time I listen to it. Of course the A-Side highlight is their hit single 'Lady Montego' which was a true innovation at the time, as it was the first 'hit single' release in Australia that had a live recording atmosphere associated with it. 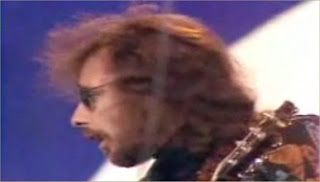