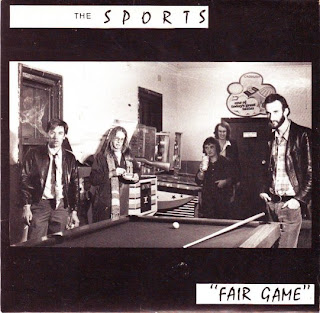 The Sports were formed in 1976 by Stephen Cummings who was the singer of Melbourne rockabilly group, 'The Pelaco Brothers', (which comprised Cummings, Joe Camilleri, Peter Lillie and Johnny Topper). Cummings and ex-The Pelaco Brothers bandmate Ed Bates, with Robert Glover (ex-Myriad) on bass guitar, Jim Niven on piano (ex-The Captain Matchbox Whoopee Band) and Paul Hitchins on drums. Their early sets contained covers of Chuck Berry, Billy Emerson, Don Covay, Company Caine and Graham Parker. Original songs, mostly written by Cummings and Bates, completed their sets. The Sports' debut recording was the EP, 'Fair Game' in early 1977, financed by friends and family. This E.P is now considered to be very rare gem amongst other Australian recordings, as only 500 copies were pressed.
A friend in London posted the record to the 'New Musical Express' which declared it 'Record Of The Week'. 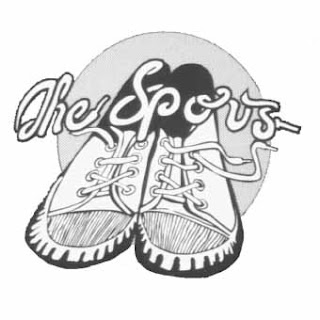 (from New Musical Express, 9-7-77)
This was sent in by a fan in Melbourne, Australia and blimey it is ace. If you got crooked by AC/DC, The Saints and Frank Ifield don't think that all the bands downunder are out of date. Steve Cummings out-Jaggers Jagger and nearly matches Lowell too, I kid you not. Featish slide from Ed Bates, touch perfect keyboards from Jim Niven, and a fair dinkum rhythm section courtesy of Paul Hitchins and Robert Glover. You can tell where they're coming from but so what. The Sports are a gen-u-wine rock'n'roll discovery.


The Sports found themselves right in tune with the very latest music trend dominating London rock. They became part of the promise of a new beginning for song-based rock as an antidote to punk, dubbed New Wave. "We were totally surprised," Cummings says of the NME review.
"It was the last thing you'd expect. It was my making and my undoing in some ways. When you have everything go right so quickly you expect that everything after that is going to be good and that easy. It meant that I probably didn't put myself out as much as I should have."
. 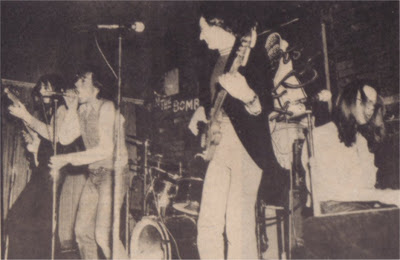 .
The following is an early 'pub circuit review on The Sports playing in Melbourne, back in March, 1978. The article comes from an independent newspaper called Bottom Line which was circulating in the CBD in the late 70's:

Sports are a tasty, quirky R&B band who have become legendary in a very short time around their home town of Melbourne. They play like a genuine band: i.e. with a peculiar, fused sound which innovative in itself. Their four-track EP Fair Game found its way to England earlier this year and won an excellent review in New Musical Express, which made the snobs sit up and take, notice, and those who already had smug. For Sports are very much a clique-owned band (their buttons, featuring the famous twisted sandshoe logo, are hugely in demand), and will remain largely so as long as they stay in this country. For Sports are short on teen appeal and long on musical roots. They mostly draw the 20's age bracket here, because their influences are so 60's. They play "Keep On Running" and "Walk in the Room", both monster hits of that era, and their own material, although diverging into some eccentricities (a heavy touch of rockabilly in numbers like "In Trouble With the Girls") has that same neat, urgent, sweaty feel. Their arrangements are classy, very professional, and everything they tackle comes up with that unmistakable Sports touch. Their stage presence is total and confident, owing much to the energetic Steve Cummings, lead vocalist, who has worked his way up to this from The Pelaco Brothers (arty truck-driving music). Pianist Jim Niven, an old, familiar face from Captain Matchbox Whoopee Band, works beautifully, and the rest of the band (Ed Bates and Andrew Pendlebury on guitars, Rob Glover on bass, Paul Hitchens on drums) are more than proficient. Besides their EP, Sports are available now on the Oz 'Debutantes' album. An original number like "(Right) Through Her Heart" (on the EP) is the stuff of which classics are made . . . And it would be fair to say that, caught on a goodnight, Sports have played, and will play again, some truly great great music [reviewed by Jenny Brown from her regular write-up "Pub Bands (An Occasional Guide]"
. 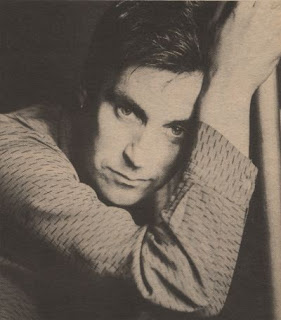 I remember seeing the Sports play at both La Trobe and Melbourne University during the late 70's and at the time considered them to be poor cousins of Jo Jo Zep and The Falcons (who were very big at the time). However, over time my respect for the band changed and I started to realise that they had a unique sound of their own and Stephen Cummings was a great vocalist in his own right.
.
The Sports had top 30 hits on the Australian Kent Music Report singles charts with, "Don't Throw Stones" (1979), "Strangers on a Train" (1980) and "How Come" (1981); and top 20 albums with, Don't Throw Stones (#9, 1979), Suddenly (#13, 1980) and Sondra (1981). "Who Listens to the Radio?", co-written by Cummings and Pendlebury, peaked at #35 on the Australian singles charts in 1978, and was their only hit on the United States Billboard Pop Singles chart, peaking at #45 in November 1979.
The Sports broke up in 1981 with lead singer Stephen Cummings going on a successful solo singing career [Extracts from Wikipedia and Stephen Cumming's blog Lovetown].
.
The rip of this rare EP was taken from vinyl at 320kps and includes full artwork (Many thanks to Ecrob from Midoztouch)
.
Track Listing
01- (Right) thru her heart
02 - Twist Senorita
03 - In Trouble with The Girls
04 - Red Cadillac and a Black Moustache
..
Band Members:
Stephen Cummings (Vocals)
Ed Bates (Guitar)
Robert Glover (Bass)
Jim Niven (Piano)
Paul Hitchens (Drums)
-----------------------
Joe Camilleri (Sax and Producer)
.
Sports Link (29Mb)
.
Posted by AussieRock at 5:16 PM