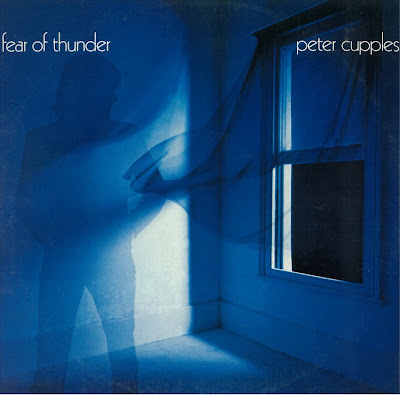 Peter Cupples has been delighting Australian audiences for three decades. Originally with ‘Stylus’ in the late 70’s, then through the 80’s with the Peter Cupples Band featuring the likes of ‘David Hirshfelder’, ‘Virgil Donati’, ‘Ross Ingles’ and ‘Rob Little’.
Cupples is known by most singers as ‘the singers singer’ and is widely respected by his peers.
Some of his biggest fans come from far and wide ‘Bill Schnee’ producer of ‘Boz Scaggs’ Amy Grant’and ‘Huey Lewis and the News’, ‘legendary horn arranger ‘Gerry Hay ’ and ‘Harvey Mason’ to name a few.
He was the first white singer to sing on the Motown label with ‘Stylus’ and has always
maintained a deep respect for soul music. Over the last few years Cupples has released two albums, a standards album entitled ‘About Time’ and another home grown album called ‘The Golden Miles’ where Cupples does his own arrangements of Aussie classics. My favourite is Goanna's Solid Rock - have a look at this video below.


So how did the Peter Cupples Band form? Peter tells it like this on his website:
.
As Stylus slowly broke up I started working on some new musical projects. A small band evolved and we took up a residency at The Hatters Castle in Melbourne. There was myself, Sam McNally, Mark Myer and Joe Creighton. I was happy to be off the road back at home and playing regular local shows. The touring had really worn me out, an 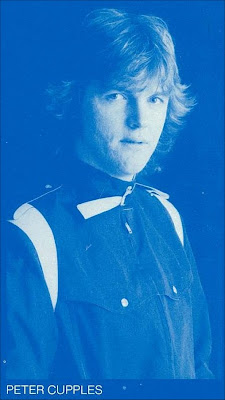 d this was where I wanted to be at this time in my life. Mark and Sam moved to Sydney and were replaced by two superb musicians, David Jones and David Hirschfelder. They had been playing in the critically acclaimed jazz outfit Pyramid with Bob Vinier on horns.
We hooked up with Mike Clarke on Bass, Linda Cable and Bill Harrower and started playing at the Grainstore Tavern. This band was musically superb. We played a number of my songs and often just belted out an extended blow session of sounds. We were creative and instinctive and this was a great time for me musically. The two Davids and Bob, along with Mike's work, formed an amazing outfit. This band pushed me to write some different music. I moved away from the soul genre and I wanted to explore new frontiers with my writing. This was the time that "Fear Of Thunder" was born. The song itself was really out there. It was exciting and different. It was me expressing the new direction that I had discovered around this time. It didn't fit into any specific musical category and, hence it was when recorded, a difficult record to pitch commercially. It was rock, pop, soul, reggae…. A publishers dream and a record companies nightmare!!
.

.
I was, and still am, very proud of the 'Fear of Thunder' album. or as I like to call it FOT. It was a vehicle for all of the musical influences of my career to date, and it was a new direction for me going forward. I had written these songs over a period of about 2 years, and was waiting for the opportunity to put them down in the studio.
The players on the album, read like a Who's Who of Australian music at the time. Besides David Hirschfelder, Ross Inglis, Rob Little and Virgil Donati, the album featured Tommy Emmanuel, David Jones and many other world class players.
The styles were abundant. There was rock, pop, ballads, reggae, soul and funk. Yet it flowed from song to song, and despite its diversity of sounds and moods,it was all very much a cohesive set of contemporary tunes.
.

.
From the rock of the title track and "Our Evolution" to the ballad "I Remember". The sweet soul Stylus sound of "Sweet Summer Nights", with Ashley and Sam providing a familiar feel, and the boppy "Blame It On the Weather", a song also released by John Farnham around this time. "Here We Are" was a magic studio track that sounded just right from the start in much the same way that "Make Believe" had some 7 years earlier.
It was a kaleidoscope of sounds and images that had flowed out of me during this musically exciting period of my life. People still come up to me, 20 years later, and tell me that 'Fear Of Thunder' is their favourite Cupples album of all time.
. 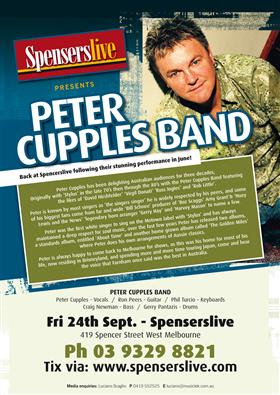 The band played the Melbourne pub band circuit in the early 80's when pub rock was big business around town. We loved what we were doing, and we felt that we were forging ahead and defining new trends in music. We had a decent publicity machine behind us, and generated a good amount of interest in Australia and overseas. We supported some top overseas artists and received critical acclaim. The album and singles sold well, particularly in Melbourne, but we never received the commercial success that we needed to take the band to the next level.
We never managed to put together the sound that was needed for a big Aussie hit. Maybe we were a bit too different, maybe the timing wasn't right.. - it's hard to say - but we were playing the music we loved playing, and our loyal fans followed us around the circuit as we continued in our pursuit of success.
We started working towards the second album "Half The Effort Twice The Effect". The songs had alr 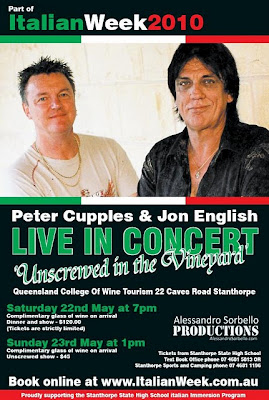 eady become part of our set, and the fans had received them well. We had enough material to put down a follow up to F.O.T. It was just a matter of working out with the record company which direction the album would take.
However, for the second time in my career I had reached a stage where the constant drain and grind of touring had worn me down. Similar to the end of the Stylus years, this period in the Peter Cupples Band signaled to me that it was time for a new direction in life.
.
Peter is still gigging these days doing mostly solo stuff but has recently tied up with the legendary Jon English to form "Uncorked". They have embarked on producing a lifestyle type program based around our music, wine, food and travel, all rolled in together. We have played together at a number of vineyards, and have filmed a pilot special in Tasmania earlier this year. They are hoping to expand the show, to cover the other parts of Australia, when they secure a network deal.
.
The post is a vinyl rip (320kps) taken from my pristine copy of the album. I have included full album artwork for vinyl only, along with a selection of photos. 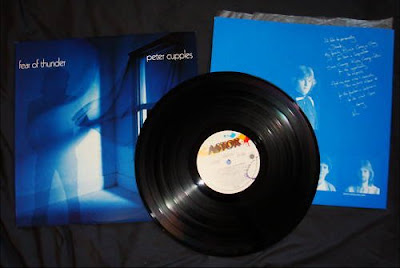 Also included are a couple of singles, his big hit "Believe In Love" (thanks to Peter Power Pop) and a non-album B-Side track "Dryin' Time (thanks to Sunshine at Midoztouch).
Although the album was released on CD back in 2005, it is no longer available from Cupples website and appears to be out of print.
Nevertheless, there are more recent titles available, so have a look at his website
.
Track Listing
01. Fear Of Thunder
02. Here We Are
03. You Never Know
04. Later Tonight
05. Our Evolution
06. Blame It On The Weather
07. I'm On Fire
08. I Remember
09. Sweet Summer Nights
10. I'm Into You
Bonus Tracks
11. Believe In Love (A-Side Single)12. Dryin' Time (B-Side Single)
.
Band Members:
Vocals – Peter Cupples
Keyboards – David Hirschfelder
Bass – Mike (Kelly) Clarke, Robert Little, Roger McLaughlin
Drums – Trevor Courtney, Virgil Donati
Guitar – Peter Cupples, Ross Inglis, Tommy Emmanuel
.
Peter Cupples Link (110MB) New Link 07/01/2015
.
Posted by AussieRock at 5:23 PM