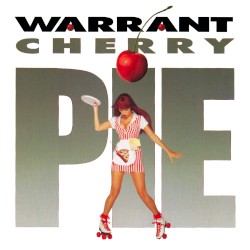 If you applied a microscope to the late 80's American hard rock scene, looking for on pivotal song that encompassed the period, then you'd be hard pressed to get past "Cherry Pie", a track that was all conquering at the time, firmly establishing itself as one of the era's calling cards. With MTV embracing the accompanying video, and US radio elevating the track into overdrive, Warrant could do no wrong and deservedly so.

Emerging out of the Los Angeles Sunset Strip hotbed, the band initially struggled to gain a foothold, but eventually attracted major management and a coveted contract with industry heavyweight Columbia Records. Their debut album surpassed expectations, and produced a #2 hit single, spring boarding sales way in excess of gold status. The scene was set for their sophomore album but nobody was ready for the explosion of success that followed. 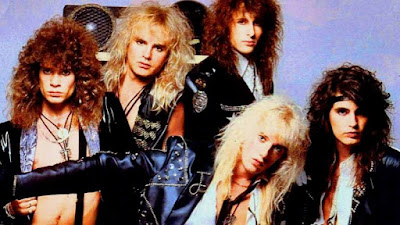 "Cherry Pie" once again produced by veteran studio wizard Beau Hill (RATT, Kix) and first released in 1990, launched the band to even bigger success, the title track becoming one of the most played songs of the year and a virtual prime time MTV staple. In addition, the band's front man Jani Lane had become a poster boy for the movement, with his, and the band's, faces splattered over virtually every music magazine around. Musically, the album was far superior to their debut and decidedly heavier, featuring such brazen rockers as "Uncle Tom's Cabin", "Love In Stereo" and of course, the superbly crafted title track. 'Mr. Rainmaker' is remarkably powerful with a chorus that is still memorable today, I love the catchiness of 'Bed of Roses' and 'Song and Dance Man', the party sense of 'Sure Feels Good to Me', and the groove of the Blackfoot cover 'Train Train'.Of course there's great ballads in the glossy 'I Saw Red' enhanced with piano, and the awesome 'Blind Faith' (much more than just a power ballad). 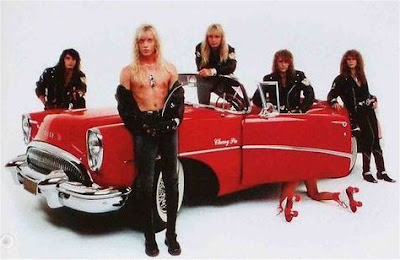 Warrant had some trouble continuing their multi-platinum success during the alternative explosion of 1992, although their third album, 'Dog Eat Dog', did go gold. 'Ultraphobic' (1995) and Belly to Belly (1996), however, failed to chart.The band's lineup began to splinter as the '90s progressed, with the majority of Warrant's founding members leaving the group. Under the Influence arrived in 2001, comprised of various cover songs and two original tracks; it also marked Jani Lane's last recording with the band. He ultimately left in 2004, taking two of Warrant's members with him, and was replaced by former Black 'N Blue vocalist Jaime St. James. While Lane attempted a solo career, the revised version of Warrant released Born Again in 2006. Jaime St. James' tenure in the band proved to be very short, as he was ousted in 2008 in favour of Lane's return. Later that year, Lane left once again and was replaced by Lynch Mob's Rob Mason. Lane was found dead of acute alcohol poisoning in a Los Angeles hotel room on August 2011 at the age of 47.
While Lane met a tragic end, “Cherry Pie” still holds up as a classic of a bygone era (with 50 million views on YouTube over the past decade), thanks in no small part to its iconic, if polarising, music video.
This post consist of FLACs ripped from my CD (still looking for this gem on vinyl) and of course comes with full artwork for both media.  I must admit that I've always been fond of  Apple Pie, but this release by Warrant has certainly opened my eyes (and taste buds) to trying some Cherry Pie every now and then!  On a more musical note, this album is well worth the listen, and particularly enjoy their take of Blackfoot's stalwart standard "Train Train".  Even if your'e not a sweet tooth, I think you'll still enjoy this album, Hair and all
Tracklist: 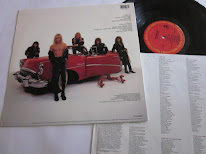 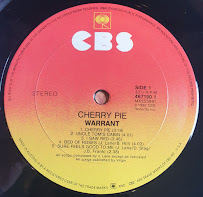