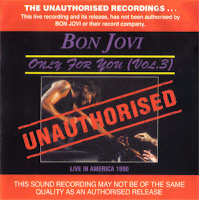 Bon Jovi is an American rock band from Sayreville, New Jersey. Formed in 1983, Bon Jovi consists of lead singer and namesake Jon Bon Jovi (born John Francis Bongiovi, Jr.), pianist and keyboard player David Bryan, and drummer Tico Torres. The band's lineup has remained mostly static during its history, with the only exceptions being the 1994 dismissal of bass player Alec John Such, who was unofficially replaced by Hugh McDonald, and the departure of longtime guitarist and co-songwriter Richie Sambora in 2013.In 1986, Bon Jovi achieved widespread global recognition with their third album, 'Slippery When Wet'. The band's fourth album, New Jersey was equally successful in 1988. After touring and recording non-stop during the late 1980s, the band went on hiatus following the New Jersey Tour in 1990, during which time Jon Bon Jovi and Richie Sambora both released successful solo albums.

In 1992, the band returned with the double platinum Keep the Faith and has since created a string of platinum albums throughout the 1990s, 2000s and 2010s.

Throughout their career, the band has released ten studio albums, two compilation albums and one live album; and have sold over 120 million albums worldwide.  They have performed more than 2,600 concerts in over 50 countries for more than 34 million fans.  In 2006, Bon Jovi were inducted into the UK Music Hall of Fame.  The band was also honoured with the Award Of Merit at the American Music Awards in 2004.


This 'Unauthorised' Banana Bootleg specifies on the front cover that the recording comes from concert held in America, 1990.  The problem with this is that Bon Jovi only performed once in the U.S during 1990, specifically a Christmas Benefit Concert, held at the Count Basie Theater in Red Bank, USA on the 23rd December. The track listing for this particular concert does not match the track listing on this bootleg release. In  fact, Bon Jovi spent most of 1989 touring the U.S while on the second leg of their 'Jersey Syndicate Never Ending Tour'
. 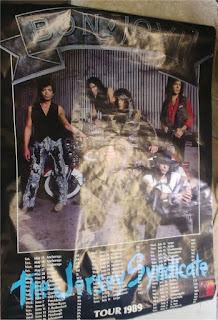 The track listing on this bootleg actually matches that of a well known concert held on the 6th Feb, 1990 at the National Stadium, Santiago, in Chile (see redbankbj.com).  The last four tracks are not however present on this bootleg release.
Another give away is when Jon Bon Jovi thanks the crowd at the end of "You Give Love A Bad Name" by saying 'Muchos Gracios'.
My suspicion is that someone at 'Banana' Head Quarters has misread the concert details on their concert source tapes and mistaken Santiago for San Diego, and assumed the concert was recorded in America instead of Chile.

This post consists of MP3's (320kps) ripped from my Banana CD and comes with the standard generic artwork typical of the Unauthorised Bootleg series (released in Australia during the early 90's). The sound quality of this recording is pretty damn good (9/10) but it is a shame that the extended length of some tracks has prevented the inclusion of the four missing tracks.
I have also included some covers of alternative releases of this bootleg for your reference (see below)
.
Tracklist 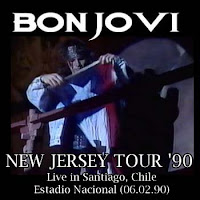 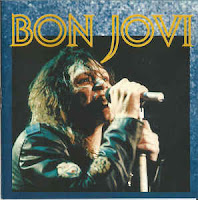 Posted by AussieRock at 9:33 PM