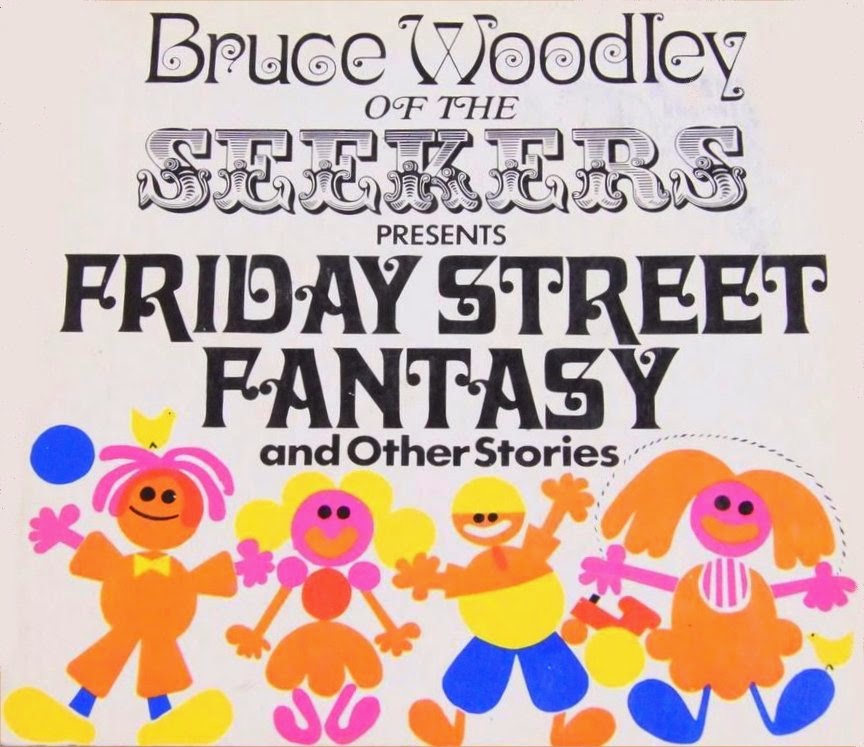 I came across this E.P quite by accident in a pile of bits and pieces at the local flee market and it was only the name Woodley on the outside cover that caught my attention. When I realised it was a recording by Bruce Woodley (from the Seekers) I purchased it immediately,  not knowing that it was originally released inside a children's book.
The one sided record jacket did seem a little strange at the time, and didn't look like a normal 45 release.
After doing some research at home, I discovered that the 4 track E.P was released with Bruce Woodley's children book entitled 'Friday Street Fantasy'. The fact that the E.P was was in mint condition and cost me a gold coin was a win, win, but if I'd known about the book, I may have also found it in amongst the bric-n-brac.... the icing on the cake so to speak!
..
The book was published by Paul Hamlyn,Sydney, 1969. Aside from the party-in-an-ornamental-photo-lettering-catalog cover shown above, it's full of wonderful illustrations and mysterious music… 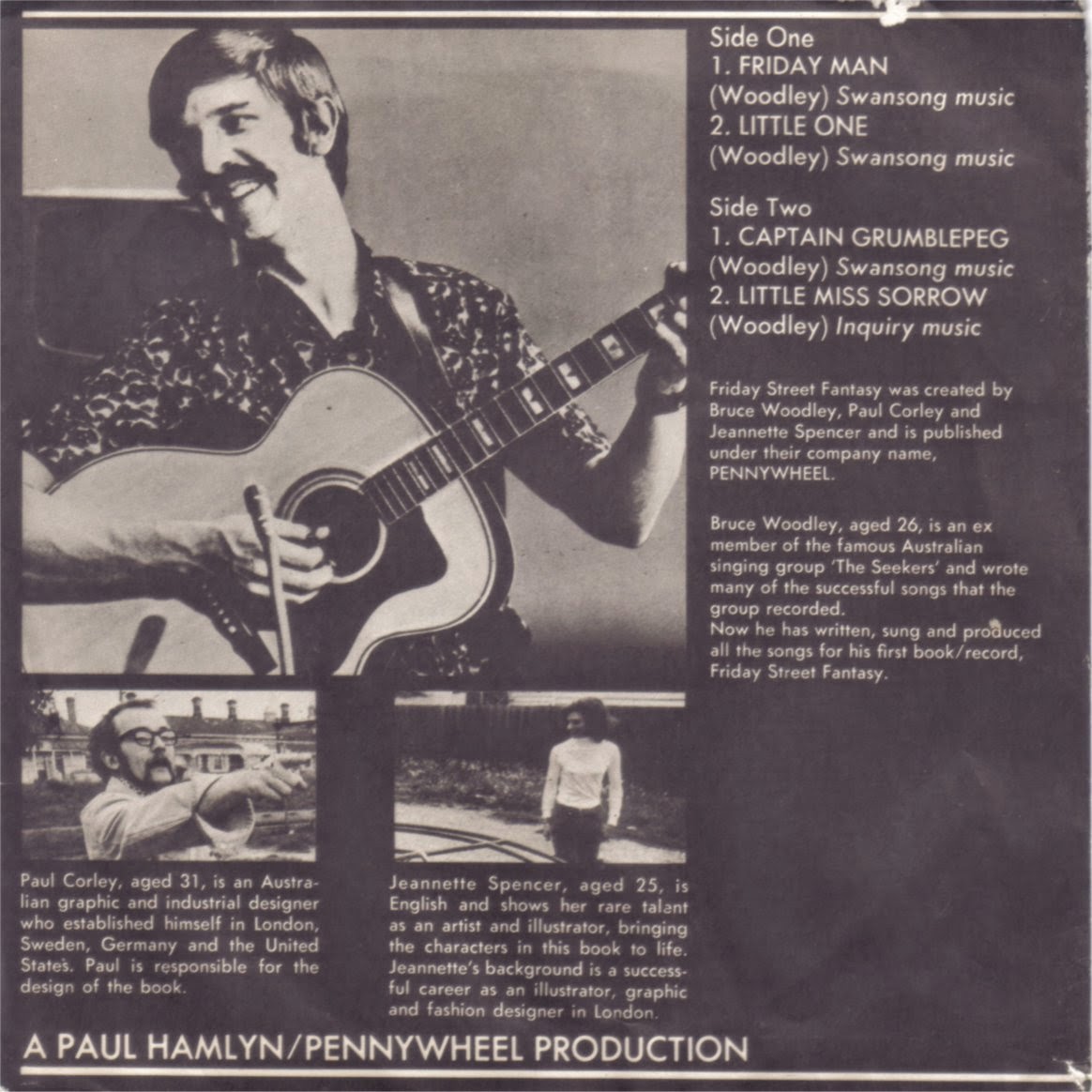 Basically, the story goes something like 'there was this little town called Friday Street (yes, a town called Street - just ask Bruce Woodley). It was full of sad children until one day…the "Friday Man" came to town with a rainbow in his hand!  And now everyone in town sings and plays and has fun. aaahh! a pink and orange town!
The next song "Little One" is a lullaby, followed by a song about "Captain Grumblepeg", and his lady Mary Morningstar, who presumably lived there also. Finally, a song of hope with "Little Miss Sorrow" with her beautiful  balloons, so I'm sure she’s not sad for long.
On the back cover, we meet Bruce, singer, songwriter and member of the seekers (a famous Australia folk group from the 60s). Apparently he was 26 when he made this album!  The creators of the colorful illustrations in the book were Paul Corley and Jeannette Spencer.
.
An appearance by Bruce Woodley performing "Friday Man" was broadcast on ABC-TV (Australia)'s "Hit Scene" on December 6, 1969 and repeated 39 years later on the overnight music show "Rage". To see Bruce Woodley perform "Friday Man" take a look at the following You Tube Clip. Bruce is also interviewed by "Hit Scene" host Dick Williams about his current projects at the time.
. 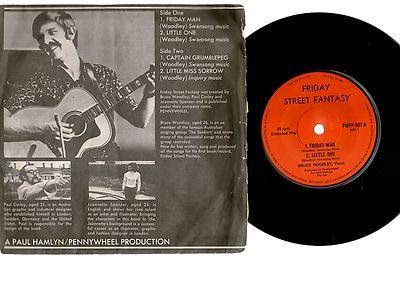 This month's WOCK on Vinyl post ticks all the boxes for being one of the most Obscure recordings I have come across so far, and I hope you enjoy it. I have included as much artwork as I could find, along with label scans. I have also chosen to include the Hit Scene Interview video clip as an extra bonus.  All tracks ripped to MP3 (320kps) from this crispy clean vinyl.
.
Track Listing:
01 - Friday Man
02 - Little one
03 - Captain Grumblepeg
04 - Little Miss Sorrow
.
Friday Street Fantasy Link (55Mb)
.
Posted by AussieRock at 3:54 PM