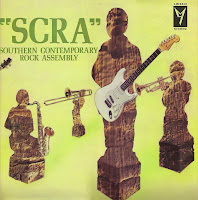 The band's full title was Southern Contemporary Rock Assembly (S.C.R.A) and they were formed half-way through 1971. They were an eleven piece outfit with two singers - Cheryl Blake and Peter Martin.
This band was massive with 11 band members at it height and they came from the UK, Oz and NZ. The band also incorporated various styles of rock and pop. They could rock with big band tracks similar to Blood, Sweat And Tears and then take it down a notch to small quiet love songs.
Some of the original band members were from Levi Smith's Clefs which provided a valuable training ground for young players. 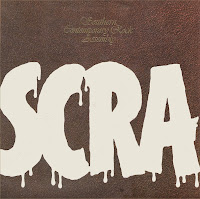 New Zealander, Mike “Mickey” Leyton became a member after leaving his band Sounds Unlimited (from Auckland). He married singer Lyn Barnett and they moved to Sydney in the late 1960s. In February 1971 Mickey had became a singer in a pub band called Small Chant (which over the course of 1971 was upgraded to become SCRA - Southern Contemporary Rock Assembly).
The Small Chant members were: Barrie Heidenreich - piano, Mickey Leyton - vocals, Wayne Ford - bass, Peter Martin – classical guitar and composer and Leon Isakson on drums. Peter was breaking his neck to play classical works after studies in Spain. Peter had also written a few songs including one called Roly Poly, which they played live but never recorded as Small Chant. 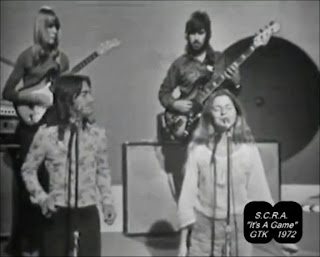 By mid 1971 Peter Martin had finally secured a permanent gig at the Coogee Oceanic Hotel in Sydney, but by that time Leon Isakson had joined the Delltones. Peter’s band went into the Oceanic with the old line-up of the Small Chant plus a few changes. Barrie had other commitments and Peter replaced him with his star pupil on guitar, Jim Kelly. Russell Dunlop came in on drums with Ian Bloxom on percussion and Dave Ellis on bass. Greg Foster (trombone and blues harp), Mick Kenny (trumpet) and Don Wright (sax) made up the front-line. Michael Lawler’s girlfriend, Sheryl Blake, made up the 3rd singer with the band along with Mickey Leyton and Ian Saxon. And so SCRA was formed. It was a huge 11-piece band and it all sounded fabulous. Dig Richards was so impressed that he decided to use SCRA on his next RCA album, Harlequin. 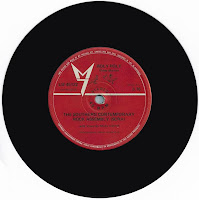 They even did a considerable amount of recording considering that they had only been together for a short period, and by early 1972 they had two singles and one album to their credit. The single "Roly Poly" from December 1971, reached #19 in the charts by April, 72. They also wrote and performed a rock version of Snow White and released a sizzling take of the venerable hit "C.C. Rider". This is off their lesser known SCRA album on Metronome as opposed to their more popular Ship Album which came out in the States on Atlantic.
Meanwhile, at the end of February '72 the band left for England where they released an album entitled The Ship Album and a single from it, 'It's A Game'/'Love Is A Lonely Day'. The band eventually broke up in the later part of 1972 with three of the band members going on to eventually form Crossfire (Jim Kelly, Mick Kenny and Ian Bloxsom). For more information on Peter Martin, see his website [extracts from Tom Mix Oz Music and Noel McGrath's Australian Encyclopedia of Rock p272].
. 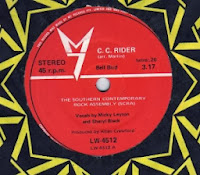 Album Reviews
SCRA was a jazz-rock outfit from Sydney, who were popular on the local club/festival circuit. Their first album combined a big band sound with some progressive leanings and a few pop moments. The album spawned three singles; C.C. Rider, Roly Poly and Sydney Born Man, which along with To Whom It May Concern represented its rockier more upbeat side.
The remaining material was mostly ballads and the rather restrained effort didn't represent the power of their live act. The second was more in a bluesy progressive jazz-rock vein. Shades of Blodwyn Pig. It was mixed at The Hit Factory in New York during a U.S. tour. Their brand of 'big band' jazz-rock went down well in the States. This included the ten-minute, ambitious "Something Like The Feeling". The album inevitably got a U.S. release, though in a single sleeve, not the gatefold version which graced the Australian public. They released one further 45 It's A Game and then split. [extract from Dreams, Fantasies and Nightmares, Borderline Books, 2002]
.
My last post for 2013 and in response to a request made by a blog follower for some SCRA material.
This post consists of MP3 rips (320kps) of their two albums, taken from Vinyl. Included is full album artwork for LP and CD along with some bonus tracks. Thanks must go to Keith from Midoztouch for the rips and to Tom Mix Music for the Sunbury tracks and 45 scans. The GTK track was sourced from YouTube.
Note:  There is some discrepancy as to whether the track "Love Is A Lonely Day" actually appeared on their Ship Album.  The Atlantic Label (Side 2) does not show this track displayed nor does it appear in the rip, yet the back cover lists the track.  "Love Is A Lonely Day" was released nevertheless, as the B-Side to the 1972 single "It's A Game".  It is also unlikely that the track would have been on the Ship Album as the 3 tracks that are provided have a combined length of 20mins (which was the max time for one side of an LP).
If anyone has this mystery B-Side single, I would be very interested in hearing from you.

Stop Press:  Ozzie Music has saved the day with that elusive 1972 single "It's A Game" / "Love Is A Lonely Day". Why not pop over to his blog and grab yourself a copy from his Post 515
.
SCRA /  Tracklisting 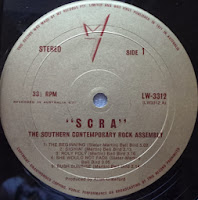 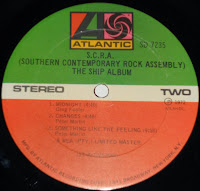