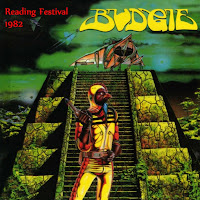 For some, Budgie will bring back memories of first gigs, joss sticks, greatcoats, haircut angst and heavy drinking. The combination of Burke Shelley's bass notes and a mix of cider and cheap wine was pleasantly lethal, but it all somehow made sense at the time. Hey, it was part of growing up.

The Welsh trio made some impact with their eponymous debut album in 1971 which set the blueprint for subsequent outings but in truth they never really bettered the combination of Shelley's thumping bass and screaming vocals and Tony Bourge's riffola, pinned down by Ray Phillips' solid drumming. 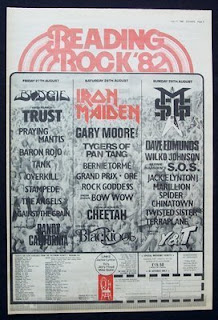 Titles like 'Nude Disintegrating Parachutist Woman' and 'Hot As A Docker's Armpit' added a certain novelty value and spice to the setlist. The first two album efforts were produced by Rodger Bain who had worked with Sabbath on their first album and later produced Judas Priest, the band's style had echoes of Sabbath and Zeppelin, with a nod to sixties beat (and Beatle-esque) music.

Budgie also showed their sensitive side with slower tracks like 'Parents' giving a welcome respite. But the next bout of no-nonsense, heads-down, wig-out was thankfully never far away.

After the debut came a thrusty succession of classic hard rock albums some with distinctive cover art by Roger Dean and, invariably, our seed-sucker in any manner of different guises adding a strong visual element to the mix. On 1973's 'Never Turn Your Back On A Friend' there was the track 'Breadfan', later covered by Metallica. They also covered 'Crash Course In Brain Surgery', Budgie's first single and now a bonus track on the 2005 first album reissue.

In the late seventies, like so many others, Budgie struggled with the onset of punk and several line-up changes provided further instability. By 1978 Bourge and drummers Phillips and Pete Boot, had gone. The band became increasingly more polished and their later work less distinctive. They even added a keyboard player.
. 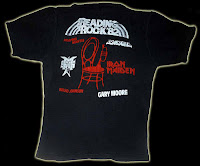 he band soldiered on in the eighties buoyed by the resurgence of interest in things metal, with an appearance at the Reading Festival in 1982 and cult popularity in the States, boosted by Metallica's patronage.  While any denim wearing Budgie fan will tell you that Budgie’s last few albums didn't quite compare to their earlier work, the material still sounds great when the boys played it live. particularly at the Reading 82 Festival. Just listen to the lukewarm reception “Truth Drug,” gets when introduced by Shelley, then the massive ovation after the boys pummel it through the crowd. Other later material like “Superstar,” and “I Turned to Stone,” all sound great when blasted through the Reading speakers.
. 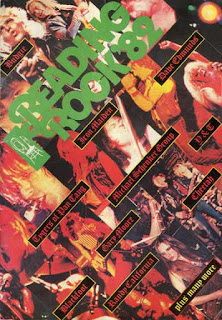 They also built a particular following in Poland, where they played as the first heavy metal band behind the Iron Curtain in 1982. Also notable was their tour support of Ozzy Osbourne in 1984..
The band stopped gigging in 1988, members went into studio production, occasionally guesting on other projects; Thomas most notably worked on the Phenomena CD with Glenn Hughes out of the Black Sabbath studios. Thomas left the band in 2001 after headlining the "Welsh Legends Of Rock" outdoor festival.


Budgie are still gigging albeit with Bourke Shelley (vocals, Bass) and Steve Williams (Drums) as the mainstayers with Craig Goldy on Guitar. (see my previous post and review)
.
This post consists of an MP3 rip (192kps) probably taken from a tape recording of this FM Radio Broadcast (source unknown) and includes limited artwork. There is radio commentary at the start and finish of the broadcast.
The quality of the recording is damn good and probably originated from the BBC Recordings of this festival. My favourite track is of course "I Turn To Stone" (John Thomas's masterpiece and best known track). For more information about the 1982 Reading Festival and the other bands who played along side Budgie, see another previous post.