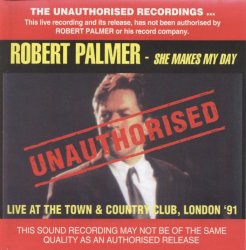 The career of blue-eyed soul singer Robert Palmer was a study in style versus substance. While the performer's earliest work won praise for its skillful assimilation of rock, R&B, and reggae sounds, his records typically sold poorly, and he achieved his greatest notoriety as an impeccably dressed lounge lizard. By the mid-'80s, however, Palmer became a star, although his popularity owed less to the strength of his material than to his infamous music videos: taking their cue from the singer's suave presence, Palmer's clips established him as a dapper, suit-and-tie lady's man who performed his songs backed by a band comprised of leggy models, much to the delight of viewers who made him one of MTV's biggest success stories. 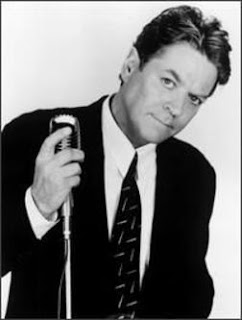 Born Alan Palmer on January 19, 1949, in Batley, England, he spent much of his childhood living on the island of Malta before permanently returning to Britain at the age of 19 to sing with the Alan Bown Set. A year later he joined Dada, a 12-piece, Stax-influenced soul group which soon changed its name to Vinegar Joe; after three LPs with the band -- a self-titled effort and Rock'n'Roll Gypsies, both issued in 1972, and 1973's Six Star General -- Palmer exited to mount a solo career, and debuted in 1974 with Sneakin' Sally Through the Alley, recorded with members of Little Feat and the Meters.
With 1975's Pressure Drop, he tackled reggae, a trend furthered following a move to Nassau prior to 1978's Double Fun, which featured Palmer's first hit, "Every Kinda People." With 1979's self-produced Secrets, his music moved into more rock-oriented territory, as typified by the single "Bad Case of Loving You (Doctor, Doctor)." Palmer's stylistic experimentation continued with 1980's Clues, a foray into synth-pop aided by Gary Numan and Talking Heads' Chris Frantz which yielded the club hit "Looking for Clues."
After 1983's Pride, Palmer teamed with the Duran Duran side project Power Station, scoring hits with the singles "Some Like It Hot" and "Get It On" (a T. Rex cover), which returned the singer to overt rock territory. 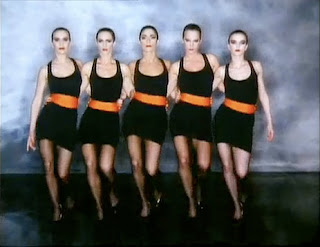 After exiting the band prior to a planned tour, Palmer recorded the 1985 solo album Riptide, a sleek collection of guitar rock which scored a number one hit with "Addicted to Love," the first in a string of videos which offered him in front of a bevy of beautiful women.
The follow-up, "I Didn't Mean to Turn You On," continued to play with the sex symbol image and hit number two, as did "Simply Irresistible," the first single from 1988's Heavy Nova. The video clip for this single was an instant hit, mainly due to the raunchy girls that danced along to the heavy bass line and toe tapping riff. 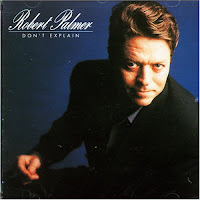 By the 1990's with his 'Don't Explain' album, Palmer returned to the eclecticism of his earliest material; without any attendant soft-core videos, sales plummeted, but he stuck to his guns for 1992's Ridin' High, a collection of Tin Pan Alley and cabaret chestnuts. Two years later, Palmer's wide array of worldbeat influences cropped up again on Honey, which also featured guitar work from Extreme axeman Nino Bettencourt. Woke Up Laughing followed in 1998, it was an adventurous, if somewhat odd, collection of non-hit album tracks remixed and in some cases re-recorded.Rhythm & Blues, a slick set of adult contemporary pop, came out in 1999 to lukewarm sales and reviews. After a live album in 2001, Palmer bounced back with the future blues of 2003's Drive. However, Palmer had little time to enjoy it's release. On September 26, 2003 he died suddenly after suffering a heart attack. He was 54 [biography by Jason Ankeny, All Music Guide]
. 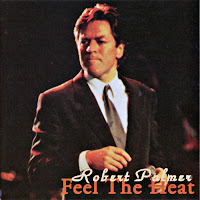 This Bootleg is a very hot show from the late, great Robert Palmer. It  has been released in Italy under the title 'Feel The Heat', however the post featured her is an Australian release entitled 'Unauthorised: She Makes My Day , released by Grapefruit records in 1994. Palmer does not mess around on this one, playing hit after hit like a buzzsaw. Sound is fantastic,setlist is outstanding with most of his hits featured.
Robert guested on "The Arsenio Hall Show" on 11 March 1991 and commenced a major UK tour in May. This gig at the Town & Country Club in London was broadcast by Radio 1. The Town & Country Club concert took place on May 30th, 1991, and was first aired on Radio 1 on the 8th June, 1991.
I think you will find this post to be simply irrestistable. Ripped from CD in mp3 format (320kps), it includes full album artwork for both bootleg titles and some select photos of those lucious gals from that video clip.
.
Track Listing
01. Some like it hot
02. Every kind of people
03. I didn't mean to turn you on
04. Change is way
05. Sister don't you rough it all up
06. I woke up laughing 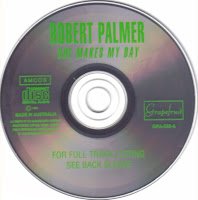