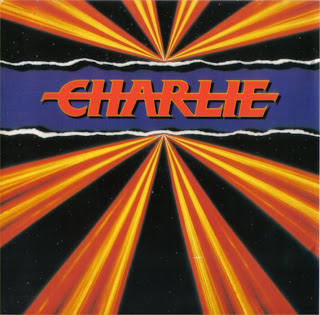 Charlie was a British rock band that was formed in 1971 by singer/songwriter Terry Thomas. A jazz-inflected, London-based group, Charlie was as well known for the sexy babes on their album covers as they were for their close, smooth harmonies and slick, catchy singles like "Turning" and "Watching TV."
The band's core lineup consisted of vocalist / guitarist Terry Thomas (who had also been in a band with Free and Bad Company's Simon Kirke), bassist/vocalist John Anderson (formerly of Axe), and drummer Steve Gadd, and a wide array of supporting players, including keyboardist Julian Colbeck, guitarist Martin Smith, auxiliary drummer Shep Lonsdale, and former Argent members Bob Henrit and John Verity.
Their radio-friendly sound debuted in 1976 with Fantasy Girls and the group managed a steady stream of moderate FM hits in the U.S. and the U.K., including 1978's "Killer Cut" and "She Loves to Be in Love."
However, Charlie's biggest success came with the 1983 hit "It's Inevitable," which received considerable airplay from MTV and was featured on their selftitled seventh album. Despite the added prominence this single and tours with the Doobie Brothers, Styx, BTO, and the Kinks brought them, the group remained primarily a cult favorite for their nearly decade-long career. Charlie's swan song came in with 'In Pursuit of Romance', which featured Thomas as the only original member.
Charlie, to most people in Oz were virtually unknown so it was tempting to treat their selftitled album as a debut.
In many ways it was — they had a new front man in Terry Slesser (sounding very much like Daryl Braithwaite or Steve Perry, and looked like Brian Mannix from the Uncanny X-Men), a new Production Team - Kevin Beamish and Terry Thomas and a new Record Label - Mirage, headed by Jerry Greenberg (ex Atlantic Records President).
Charlie's recording career began in 76 with their debut Album "Fantasy Girls" and they followed this up with one album per year - "No Second Chance" (77); "Lines" (78); "Fight Dirty" (79); "Here Comes Trouble" ('80) and "Good Morning America" ('81)
Of the above only "No Second Chance" and "Lines" were released in Australia. Both received good critical acclaim but failed to spawn that vital ingredient - a HIT Single. They did however have two Top 40 Hits in the States with "She Loves To Be In Love" and "Killer Cut".

.Charlie in '83 undertook a new direction. As Terry Thomas the Band leader/Spokesman put it - "There was a lot of re-evaluation going on in the band after "Good Morning America". We had been working for a long time to attain the kind of success we all wanted but hadn't quite achieved. The frustration level for the whole band was very high at that point. There was no doubt in anyone's mind that a major change was needed to freshen up a stagnant situation. Hence, I stepped down from the role of Lead Singer and directed my energies into the Songwriting/ Producing and Guitar work. As soon as I took this approach the material I had written for the album took on a new clarity and direction about it".
The addition of Kevin Beamish as Co-Producer/Engineer as well as help from John "Mutt" Lange (Producer of Foreigner, AC/CD, Def Leppard) has really added depth and a knife like edge to all of Thomas'songs.

The Songs
"It's Inevitable" kicks it off, a song that deserved it's minor hit status. The song is an up tempo rocker with the great layered harmonies expected of the lads. The same can be said of "Tempted" which follows the same path with a superb chorus. "Spend My Life With You" is more mid tempo, but with a beautiful verse and if anything these guys were on a roll. "Never Too Late" features a highly dramatic bridge, with synth work that stabs over and over. Side one ends with another ultra melodic classic "Playing To Win". The buildup to the chorus is almost palpable in its tension, it fits perfectly. The background vocals are so rich in melody you might overdose of an AOR attack! And this is only side one! Not to worry because side two is every bit as memorable, notably "This Time" and "Can't Wait 'Til Tomorrow", undeniable AOR feasts which can be described as any of the previous songs.
.
The rip was taken from CD at 320kps and includes full album artwork.
.
Track Listing
01 - It's Inevitable
02 - Tempted
03 - Spend My Life With You 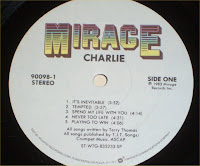