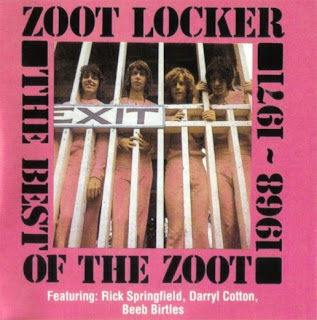 Zoot were a pop/rock band formed in Adelaide, South Australia in 1965 as Down the Line. They changed their name to Zoot in 1967 and by 1968 had relocated to Melbourne. They had a top five hit on the Go-Set national singles chart with a heavy rock cover of The Beatles' ballad "Eleanor Rigby" released in 1970; but they disbanded in May 1971. Mainstay bass guitarist, Beeb Birtles, was later a founder of Little River Band in 1975 and guitarist singer-songwriter, Rick Springfield, who moved to the United States in 1972, achieved international fame as a solo artist, songwriter and actor [extract from wikipedia]

.Zoot became one the most popular Australian bands of the second 'pop wave' of the late 'Sixties when they and other acts like The Valentines, the Masters Apprentices, Russell Morris and The New Dream were scoring hits and causing riots. Like so many groups at the time, Zoot were drawn along by the rapid stylistic shifts of that uncertain period and they suffered under some ill-advised management decisions that led to them being tagged as a lightweight 'bubblegum' act — an undeserved reputation which overshadowed their fine musicianship and their genuine desire to be taken seriously.. 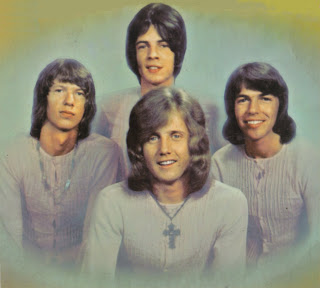 Ironically, they're probably best remembered these days for the 1970 single that they hoped would scuttle their pop image for good — their classic heavy-metal version of "Eleanor Rigby" — and also for the fact that Zoot was first successful outing for two future stars -- solo performer and soapie heart-throb guitarist Rick Springfield (who went on to have major success in the U.S. in the eighties - see Rick's website for more details) and Little River Band lynch pin Beeb Birtles [extract from milesago.com]
Zoot was one of several significant Aussie bands that emerged from the fertile musical hothouse of Adelaide in the mid-1960s -- the same scene that produced The Masters Apprentices and The Twilights. When the Zoot moved from hometown Adelaide to Melbourne in 1968, the band's management gave it a bubble-gum image, centred on the slogan Think Pink, Think Zoot'. The band dressed entirely in pink outfits. It took Zoot until 1971, just before disbanding, to shake the image and achieve musical credibility. 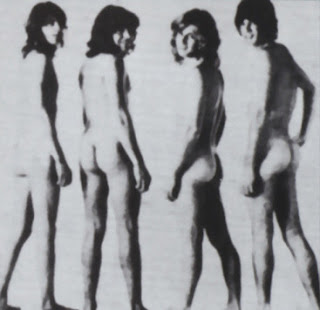 In 1970, Zoot promoted the release of the single 'Hey Pinky', by taking out an ad in Go-Set magazine that featured a nude rear photograph of the band members. The song was a scathing comment on the band's pink image.
My all time favourite Zoot track would have to be "Eleanor Rigby" (and was infact the first Zoot track I ever heard). Now I know this is going to ruffle a few feathers in the Beatles crowd, but I reckon this Aussie version of the classic track 'beats' the fab fours version by far. The guitar work and vocals are brillant and it is a credit to them to be able to match it with the lads from Liverpool.
The rip included here was taken from CD at 320kps and includes full album artwork + booklet scans.

Note: Zoot Locker is a "Best Of Compilation" that only covers tracks released between 1968-1971. 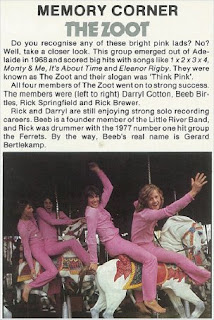